UK to carry on with Ankara Agreement visa until 2021

Turkish Ambassador to London Umit Yalcin says around 30,000 Turks are in UK on special business visa 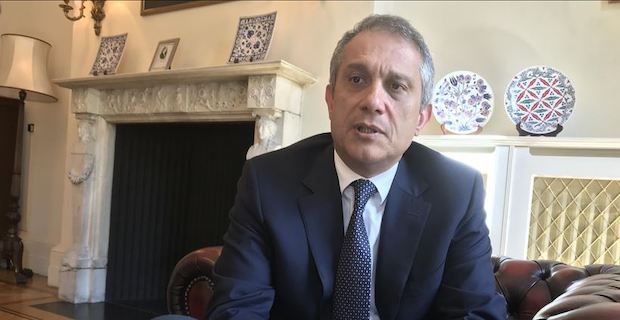 A special visa by the U.K. government to Turkish businesspeople and their families will continue as normal until the end of the transition period which has kicked on with Brexit, according to Turkey’s London ambassador.

Speaking to Anadolu Agency, Umit Yalcin said those citizens living in the U.K. on a business document linked to the September 1963 Ankara Agreement would not see a change in their status while the U.K. – EU transition period runs until the end of the year.

"The U.K. has left the EU as of Jan. 31, 2020. However, it will abide by the EU rules until the period called the transition period until the end of this year. Therefore, the effect of constant regulations regarding the Ankara Agreement will remain as they are until the end of Dec. 31, 2020,” Yalcin said.

Yalcin said after the transition period, the U.K. is expected to put in place a new point-based immigration system that would encourage talented and qualified migrants to come to the country from the beginning of 2021 and “our citizens will be able to apply for visas within the requirements of the new system".

The visa scheme is based on the 1963 Ankara Agreement between Turkey and the European Economic Community, a predecessor to the EU. The scheme has been in use by Turks who came to the U.K. to establish new businesses.

Yalcin explained that nearly 30,000 Turkish businesspeople entered the U.K. on the Ankara Agreement visa (ECCA businesspersons visa) since 2000 and more than 3,000 Turks benefited from it in the first half of 2019.

“We are dealing with our citizens’ rights in detail with a working group with the U.K. authorities,” Yalcin said, giving hope for the post-transition period.

He also thinks Brexit would bear new mutual opportunities for Turkey and the U.K. in trade.

“We aim to continue our cooperation with the U.K., which is already a very significant trade partner for our country, without interruption and problem-free way and strengthen it in the post-Brexit era,” he said.

Yalcin said Turkey would watch closely the trade deal negotiations between the U.K. and the EU during 2020.

“Our final aim is to see a free trade agreement signed between the U.K. and our country.”

Keywords:
Umit YalcinAnkara AgreementAnkara Agreement VisaTurkish Ambassador
Your comment has been forwarded to the administrator for approval.×
Warning! Will constitute a criminal offense, illegal, threatening, offensive, insulting and swearing, derogatory, defamatory, vulgar, pornographic, indecent, personality rights, damaging or similar nature in the nature of all kinds of financial content, legal, criminal and administrative responsibility for the content of the sender member / members are belong.
Related News