DOLLAR 16,36
EURO 17,57
GOLD 974,14
BIST 2.450,84
The new Mayor of Enfield has been formally sworn in and the borough’s...
The seasonal fruit picking industry is struggling because of Brexit and...
London Craft Week, A Taste of Türkiye at Yunus Emre Institute London
Make a splash this summer with free swimming lessons
Dr Anna Colton's tips for parents and guardians during the exam season!...
An English Oak sapling tree has been planted in Enfield to commemorate...
Rishi Sunak is to warn that the next few months will be tough
Bank station’s new, spacious southbound Northern line platform officially...
Customers will also spot Royal station announcements and digital signs...
UK had recovered from the pandemic or in deep recession ? 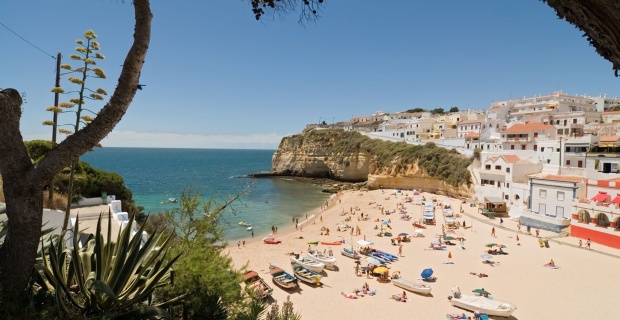 The UK government on Thursday removed Portugal from its green list of travel destinations following rising concerns over the spread of the coronavirus variant which originated in India. Portugal and its island territories of Madeira and the Azores will be moved to the amber list on June 8 following the announcement.

Afghanistan, Bahrain, Costa Rica, Egypt, Sri Lanka, Sudan, and Trinidad and Tobago were also added to the red list, which means travelers arriving in the UK from these countries will have to quarantine for 10 days.

UK’s travel color-coded list lets travelers know which countries they can travel to without quarantining. Red is the highest risk, followed by amber and green.

“The decision to move Portugal (including Madeira and the Azores) to the amber list follows increased concern in the spread of variants of coronavirus, including a mutation of the Delta variant, and the risk that is posed of bringing these back to the UK if people are not required to quarantine,” the government said in a statement.

“The public has always known travel will be different this year and we must continue to take a cautious approach to reopening international travel in a way that protects public health and the vaccine rollout. While we are making great progress in the UK with the vaccine rollout, we continue to say that the public should not travel to destinations outside the green list,” it added.

The removal of Portugal from the green list has attracted rebuke and criticism from the UK’s travel and tour industry as well as from some Conservative MPs. Portugal is a highly popular destination for Britons looking to enjoy hot European summers and its removal is expected to cost major tour companies hundreds of millions of pounds and put into question the plans of many holidaymakers.

MPs critical of the move argue that it will result in the loss of jobs and an increase in unemployment in a sector that has already suffered heavily in the year that the pandemic began. Furthermore, they argue that the wider economy of the UK will be affected and this could be detrimental to the government’s lending power in the future.

“This decision really puts a question mark over a significant number of travel and aviation sector jobs going forward, if they can’t manage to have something of a summer season, I think it’s going to lead to increased unemployment,” said Henry Smith, a conservative MP who represents a constituency that houses London's Gatwick International Airport, a major transport hub.

“As an island trading nation, I think it impacts our economy more broadly, beyond the immediate aviation and travel sectors, and will mean that there will be people in the industry, and beyond, having to come to the government for bailouts and benefits in the coming months,” he added.

Over half of UK adults fully vaccinated

“Shortly after vaccinating three-quarters of adults with a first dose, I’m thrilled that we have now vaccinated over half of adults with the life-saving second dose. We know how important the second dose is to give protection, particularly against the Delta variant. That’s why we’ve brought forward appointments from 12 to 8 weeks for the most vulnerable people,” Health Secretary Matt Hancock said in a statement.

“I encourage everyone who is eligible to join the millions who have the fullest possible protection from this virus. Let’s roll up our sleeves and put this pandemic behind us, once and for all,” Hancock added.

On Thursday, 4,330 people had a confirmed positive test of the virus, adding the week’s total to 25,240. This represents a 34.7% increase in comparison to the previous week. Cases are steadily increasing due to the spread of the Delta variant and are putting into doubt the final stage of the country’s reopening on June 21.

Keywords:
COVIDPortugalGreen List
Your comment has been forwarded to the administrator for approval.×
Warning! Will constitute a criminal offense, illegal, threatening, offensive, insulting and swearing, derogatory, defamatory, vulgar, pornographic, indecent, personality rights, damaging or similar nature in the nature of all kinds of financial content, legal, criminal and administrative responsibility for the content of the sender member / members are belong.
Related News