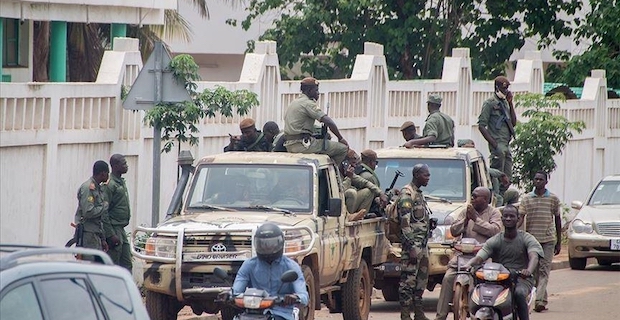 “We call again for the immediate, safe and unconditional release of all those detained."

Duddridge said the UK notes the Economic Community of West African States' (ECOWAS) decision to suspend Mali after the coup and "echo ECOWAS’ emphasis on the need to deliver the transition process which started nine months ago.” West African leaders suspended Mali from ECOWAS bodies on May 30.

The British minister underlined that “it is vital for the sake of Mali and the region that democratic, constitutional rule is restored within the agreed timeframe and that the conditions set out by ECOWAS are fulfilled.”

He said the UK is ready to support efforts to monitor progress and to ensure there is no further deviation from the agreed plan for transition.

On May 24, officials in Mali's transitional government were arrested and taken to the Kati military camp near the capital Bamako by soldiers.

The African Union has also suspended Mali's membership, warning the junta over sanctions if a civilian-led government is not restored.

Keywords:
UKBritish GovernmentMali Coup
Your comment has been forwarded to the administrator for approval.×
Warning! Will constitute a criminal offense, illegal, threatening, offensive, insulting and swearing, derogatory, defamatory, vulgar, pornographic, indecent, personality rights, damaging or similar nature in the nature of all kinds of financial content, legal, criminal and administrative responsibility for the content of the sender member / members are belong.
Related News