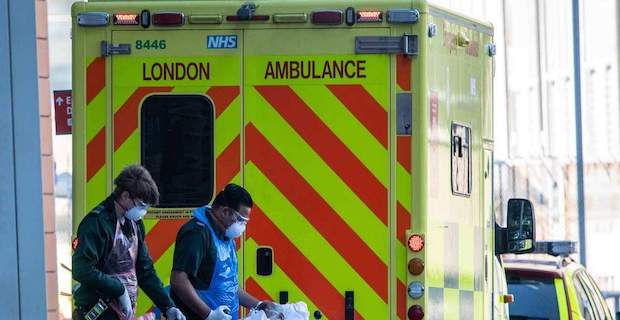 The UK registered more than 9,000 cases of COVID-19 on Wednesday, its highest total since February.  Government data showed the UK recorded 9,055 new infections, the highest figure since Feb. 25, when 9,985 cases were reported. Wednesday’s figure brings the country’s total number of cases since the start of the pandemic to over 4.5 million. There were also nine further deaths, taking the death toll to 127,926. Over 42 million people have received their first dose of vaccine and over 30 million their second dose. By the end of this week, all those over 18 will be able to book their vaccination appointments. Also on Wednesday, lawmakers voted to extend current coronavirus lockdown restrictions until July 19 after the prime minister announced Monday that the earlier proposed date of June 21 had to be pushed back four weeks due to rising cases of the Delta variant. After a debate in the House of Commons, MPs backed the move by 461 votes to 60.

Meanwhile, Health Secretary Matt Hancock confirmed that vaccinations for care home staff will be made mandatory and that the government is looking into doing the same for workers in the National Health Service.

Hancock dominated the news in the UK today due to Dominic Cummings, the former top adviser to Prime Minister Boris Johnson, releasing damning texts sent to him about Hancock from Johnson.

Cummings left 10 Downing Street earlier this year after falling out with Johnson and has since condemned the government’s handling of the pandemic, singling out Hancock for particularly harsh criticism.

In a marathon seven-hour session of giving evidence to a parliamentary committee on the government’s response to the COVID pandemic, Cummings told MPs last month that Hancock should have been sacked for “15 to 20 things,” including lying on multiple occasions.

The leaked messages were part of a 7,000-word blog post Cummings wrote to show how both Downing Street and Hancock apparently lied about their failures last year.

In the messages that he leaked, Cummings claimed that Johnson on Mar 26, 2020 called Hancock “totally f****** hopeless.”

Cummings then received a series of missed calls from Johnson, who wanted to tell him that he had tested positive for COVID-19.

In another message on Mar 17, 2020, Cummings reportedly told Johnson that the Department of Health had “totally f***** up ventilators” and Johnson replied to Cummings: “It’s Hancock. He has been hopeless.”

On Apr 27, 2020, Johnson allegedly messaged Cummings about potentially removing the procurement of personal protective equipment (PPE) from Hancock, writing in his message to Cummings: “On ppe it's a disaster. I can't think of anything except taking Hancock off and putting Gove on.”

Michael Gove is another minister in Johnson’s government.

When asked by reporters about the leaked messages, the prime minister’s spokesperson said today: “I am not planning to engage with every allegation put forward. The prime minister has worked very closely with the health secretary throughout and will continue to do so.”

Johnson himself turned down the opportunity to comment on the leaked messages at Prime Minister’s Questions in parliament.

Keywords:
Boris JohnsonUKCOVID-19Matt HancockPandemicCOVID Cases
Your comment has been forwarded to the administrator for approval.×
Warning! Will constitute a criminal offense, illegal, threatening, offensive, insulting and swearing, derogatory, defamatory, vulgar, pornographic, indecent, personality rights, damaging or similar nature in the nature of all kinds of financial content, legal, criminal and administrative responsibility for the content of the sender member / members are belong.
Related News