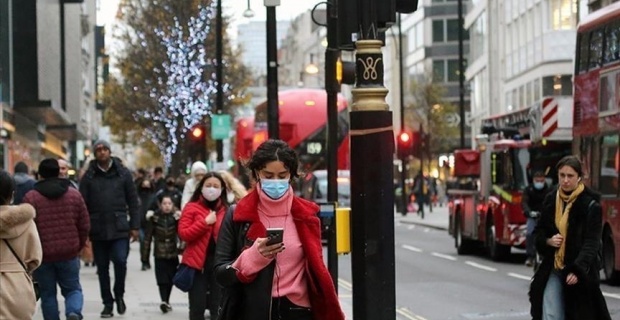 The UK on Wednesday recorded its highest daily number of COVID-19 cases since the start of the pandemic. The daily case-count reached 78,610, beating the Jan. 8 record when the UK was in its third national lockdown. The substantial rise in cases has prompted a warning by UK’s Chief Medical Officer Chris Whitty who has called for people to “prioritize what matters.” "I'm afraid we're also seeing the inevitable increase in hospitalizations up by 10% nationally, week-on-week, and up by almost a third in London,” Whitty said, adding that cases are rising by the “very rapidly-growing” Omicron variant. "I'm afraid we have to be realistic that records will be broken a lot over the next few weeks as the rates continue to go up," Whitty said as quoted by the BBC News.

The chief medical officer called on the population to not mix with people unnecessarily and to be aware that the pandemic is real and present and even more so with the spread of this new, deadly and highly contagious variant. Whitty also prompted people to take PCR and Lateral Flow Tests when visiting vulnerable people and advised meeting outdoors with people from other households or to meet in areas with good ventilation. Prime Minister Boris Johnson also made clear that the government was not cancelling Christmas holiday events and that there would be no restrictions on gathering or the closure of restaurants and cafes as well as pubs, but offered a caution to people when thinking about socializing. On Tuesday, the Parliament voted in favor of implementing ‘Plan B’ measures -- new restrictions that could see mask mandates in public venues and public transport as well the introduction of vaccine passes. The UK on Sunday raised its COVID-19 alert to Level 4 -- its second-highest level -- amid a surge in cases of the omicron variant. Level 4, according to the government’s guidance, means "a COVID-19 epidemic is in general circulation; transmission is high and direct COVID-19 pressure on health care services is widespread and substantial or rising.” The country had been at Level 3 since May.

Keywords:
UKOmicronCovid19
Your comment has been forwarded to the administrator for approval.×
Warning! Will constitute a criminal offense, illegal, threatening, offensive, insulting and swearing, derogatory, defamatory, vulgar, pornographic, indecent, personality rights, damaging or similar nature in the nature of all kinds of financial content, legal, criminal and administrative responsibility for the content of the sender member / members are belong.
Related News