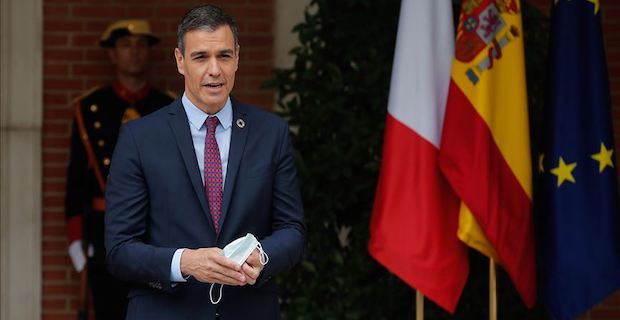 Spain's prime minister has called the UK's recent decision to enforce quarantines on all Spanish arrivals "disproportionate." In an interview Monday night, Pedro Sanchez told broadcaster Telecinco that Spanish officials were in talks with their British counterparts to push for the removal of the measure. "Tourist destinations like the Canary and Balearic Islands, Valencia, and Andalusia have lower COVID-19 incidences than in the UK. In epidemiological terms, it would be safer to be in these destinations than in the UK," said Sanchez.

Other members of the Spanish government said they were particularly focused on getting the UK to lift mandatory quarantines for arrivals from the Canary and Balearic Islands.

But in a major blow, the UK government did just the opposite late on Monday, issuing an advisory against travel to the Balearic and Canary Islands.

On Sunday, when the travel advisory and quarantine came into effect with just a few hours' notice, London only advised against travel to mainland Spain.

As the UK is Spain's top source of tourism, this news is devastating for the country's already suffering tourism industry, which was expected to recuperate somewhat from losses during the summer months.

To make matters worse for the industry, the German and Dutch foreign ministries have also advised their nationals against traveling to the worst-affected regions in Spain -- Catalonia, Aragon and Navarra.

The moves to limit travel from Spain come in response to a steady increase in COVID-19 cases in the country. Over the weekend, Spain's Ministry of Health detected more than 6,300 new cases.

Going against the grain, Spain's chief epidemiologist Fernando Simon said in a press conference on Monday that the moves by countries like the UK to limit travel to Spain "benefits us in a certain way," as it reduces the risk of importing the novel coronavirus to Spain.

Keywords:
SpainQuarantineCovid 19
Your comment has been forwarded to the administrator for approval.×
Warning! Will constitute a criminal offense, illegal, threatening, offensive, insulting and swearing, derogatory, defamatory, vulgar, pornographic, indecent, personality rights, damaging or similar nature in the nature of all kinds of financial content, legal, criminal and administrative responsibility for the content of the sender member / members are belong.
Related News