Prince Charles opens via video link NHS Nightingale Hospital which will be expanded to 4,000 beds amid coronavirus pandemic 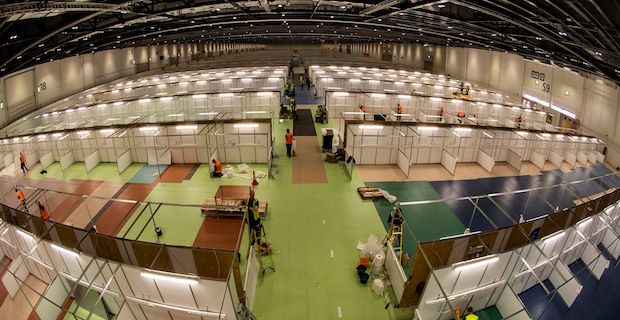 The U.K. on Friday opened the world's largest critical care unit as part of its fight against the novel coronavirus, which has claimed almost 3,000 lives in the country. The Prince of Wales joined the opening ceremony of the NHS Nightingale Hospital, which was set up in London's massive ExCel center in Docklands. Prince Charles, who stayed in self-isolation for a week after being tested positive with the virus joined the ceremony via video link and said the hospital was "an intensely practical message of hope at this time of national suffering." Health Secretary Matt Hancock, who caught the virus and recently came out of self-isolation, also attended the opening ceremony. 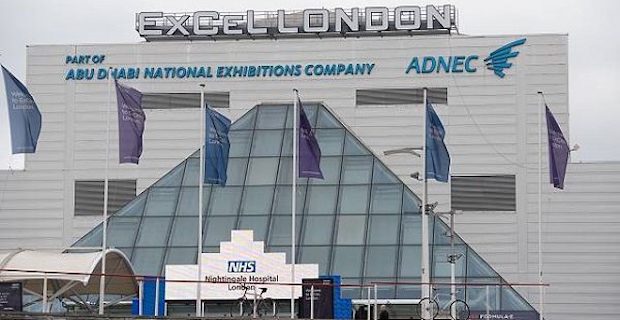 He said the hospital was the "best of efforts, best of NHS and best of Britain." The hospital was built and prepared in nine days during the coronavirus pandemic. The hospital has 500 intensive care beds initially but will be extended with another 3,500 beds in accordance with the growing need for intensive care amid rising numbers of COVID-19 cases. The death toll in the country was 3,921 as of Thursday, following two days in a row with more than 500 deaths each. A total of 163,194 people have been tested and 33,718 tested positive, according to the figures from the British Department of Health figures.

Keywords:
NHSUKPrince Charles
Your comment has been forwarded to the administrator for approval.×
Warning! Will constitute a criminal offense, illegal, threatening, offensive, insulting and swearing, derogatory, defamatory, vulgar, pornographic, indecent, personality rights, damaging or similar nature in the nature of all kinds of financial content, legal, criminal and administrative responsibility for the content of the sender member / members are belong.
Related News