Patrick Thelwell to appear before York Magistrates' Court on Jan. 20 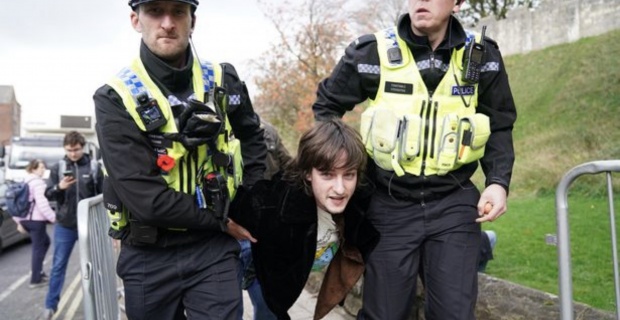 A 23-year-old man in the UK was charged with "threatening behavior" after throwing eggs at British King Charles III and Queen Consort Camilla, the Crown Prosecution Service (CPS) said on Monday. "The CPS has authorised North Yorkshire police to charge Patrick Thelwell with threatening behaviour contrary to Section 4 of the Public Order Act 1986," said Nick Price, head of the CPS special crime and counter terrorism division. Thelwell will appear before the York Magistrates' Court on Jan. 20, added the statement. The incident took place on Nov. 9 in York, northeast England where the Royal couple were on a walkabout. While throwing eggs, Thelwell also reportedly shouted that Britain was "built on the blood of slavery" before being apprehended by police. On Dec. 6, another man was arrested by British police after reportedly throwing eggs in the direction of King Charles III in Luton.

Keywords:
UKRoyal CoupleKing Charles III
Your comment has been forwarded to the administrator for approval.×
Warning! Will constitute a criminal offense, illegal, threatening, offensive, insulting and swearing, derogatory, defamatory, vulgar, pornographic, indecent, personality rights, damaging or similar nature in the nature of all kinds of financial content, legal, criminal and administrative responsibility for the content of the sender member / members are belong.
Related News