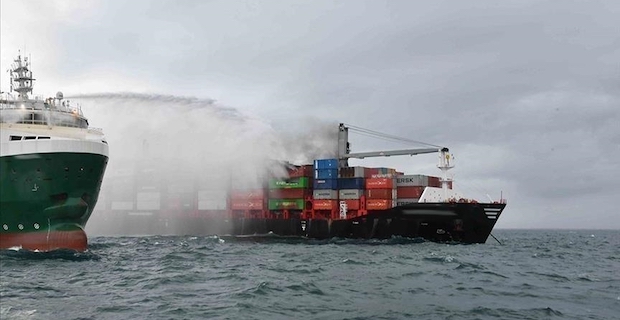 The UK and Israel have blamed Iran for carrying out a deadly drone attack last week in the Indian Ocean on an oil tanker owned by an Israeli magnate's company.

“The UK condemns the unlawful and callous attack committed on a merchant vessel off the coast of Oman, which killed a British and a Romanian national. Our thoughts are with the friends and family of those killed in the incident,” UK Foreign Secretary Dominic Raab said in a statement.

'We believe this attack was deliberate, targeted, and a clear violation of international law by Iran,” he said, urging Tehran to end such attacks.

“The UK is working with our international partners on a concerted response to this unacceptable attack,” he added.

Israeli Prime Minister Naftali Bennett blamed Iran for the attack at a Cabinet meeting in Jerusalem. He claimed to have evidence that Tehran was behind the deadly tanker assault, warning that his country could “send a message” in retaliation.

“The intelligence evidence for this exists, and we expect the international community will make it clear to the Iranian regime that they have made a serious mistake,” Bennett said.

Two crew members of the oil tanker Mercer Street, which is owned by Israeli billionaire Eyal Ofer’s Zodiac Group, were killed in the attack in the Indian Ocean while the vessel was en route from Tanzania to the United Arab Emirates, the company said Friday.

The attack blasted a hole through the top of the tanker’s bridge, where the captain and crew were located.

The US aircraft carrier USS Ronald Reagan and the guided missile destroyer USS Mitscher escorted the Mercer Street to a nearby port.

In recent months, many attacks on commercial vessels have been reported and linked to ongoing heightened tensions between Israel and Iran.

Keywords:
UKIsraelShip Attack
Your comment has been forwarded to the administrator for approval.×
Warning! Will constitute a criminal offense, illegal, threatening, offensive, insulting and swearing, derogatory, defamatory, vulgar, pornographic, indecent, personality rights, damaging or similar nature in the nature of all kinds of financial content, legal, criminal and administrative responsibility for the content of the sender member / members are belong.
Related News