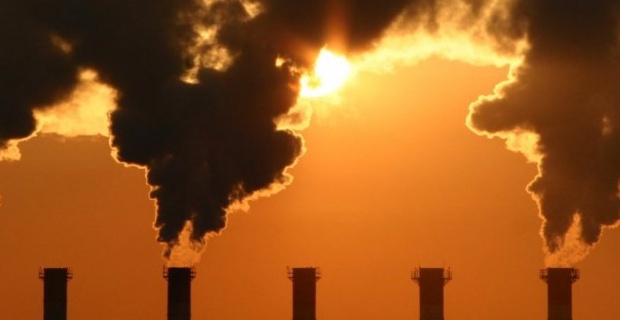 The British government is being sued by two prominent environmental groups over its failure to implement its net-zero climate strategy.

ClientEarth and Friends of the Earth on Wednesday launched separate legal proceedings against Whitehall, arguing that the government’s strategy fails to adequately address the increased rise in emissions and its policies fail to meet earlier promises made during last year’s COP26 Summit.

“ClientEarth is taking the UK Government to court over its inadequate net zero strategy, arguing that its failure to set out credible policies to tackle climate change is unlawful,” a statement from the group said.

The government “has breached its legal obligations under the Climate Change Act to demonstrate its policies will reduce emissions enough to meet the legally binding carbon budgets,” the statement added.

According to the ClientEarth, the government under Prime Minister Boris Johnson has failed to implement climate policies that ensure the success of its net-zero strategy, accusing it of relying on unproven technologies that will worsen emissions and force the government to introduce drastic measures in the future.

This failure to implement the government strategy and meet its targets will exacerbate the already increasing climate instability and significantly risk the lives of future generations who would bear the brunt of the government’s failure without having any responsibility for causing such crises, the group said.

“It’s not enough for the UK government simply to have a net zero strategy, it needs to include real-world policies that ensure it succeeds. Anything less is a breach of its legal duties and amounts to greenwashing and climate delay,” said Sam Hunter Jones, a senior lawyer with ClientEarth.

“The government claims that those producing pollution should bear the cost of managing it. But its pie-in-the-sky approach to net zero pushes that risk onto young people and future generations who stand to be hit hardest by the climate crisis,” he added.

During the COP26 Climate Summit in Glasgow last fall, Johnson said the government’s climate plans were to leave the environment suitable for future generations and that its policies would reflect this.

The government’s Climate Change Committee following the summit argued its net-zero strategy was a “big step forward” as well as being affordable and achievable.

But ClientEarth argued: “Not only does the net zero strategy lack sufficient policies and rely on unproven technologies, it overlooks near-term solutions that would have immediate impact, including those recommended by the government’s own advisors, the Climate Change Committee.”​​​​​​​

Keywords:
UK Government
Your comment has been forwarded to the administrator for approval.×
Warning! Will constitute a criminal offense, illegal, threatening, offensive, insulting and swearing, derogatory, defamatory, vulgar, pornographic, indecent, personality rights, damaging or similar nature in the nature of all kinds of financial content, legal, criminal and administrative responsibility for the content of the sender member / members are belong.
Related News