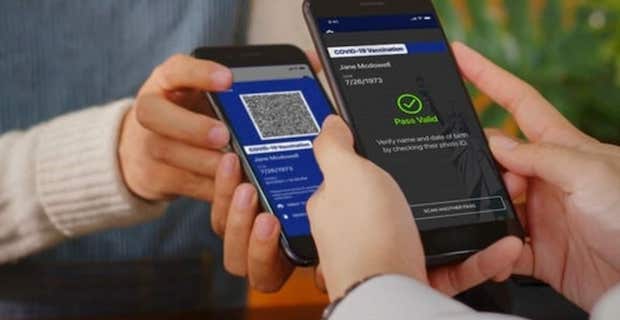 The British government has dropped plans to introduce vaccine passports for access into nightclubs and large events in England, a top official said on Sunday. The idea, though, has been kept in “reserve” if it should be needed in the coming months, Health Secretary Sajid Javid told the BBC. Under the scheme, people would not be able to enter clubs and other large events without proof of being fully vaccinated or having self-isolated after testing positive, or without presenting a negative COVID-19 test. Entertainment companies had strongly criticized the move, arguing it would have destroyed the industry, while lawmakers from the opposition and also the ruling party termed it “divisive, unworkable, and expensive.” “We just shouldn’t be doing things for the sake of it or because others are doing it, and we should look at every possible intervention properly,” Javid said.  “I’ve never liked the idea of saying to people you must show your papers or something to do what is just an everyday activity, but we were right to properly look at it.”  He said the government will not move ahead with “plans for vaccine passports” but “should keep it in reserve as a protection option.”  “Other countries have used this measure or looked at it and discounted it, but it should be looked at in combination of other measures. So many countries, at the time they implemented it, were trying to boost their vaccination rates, but we’ve been very successful with our vaccination rates,” he added.

The health secretary also indicated he wants to “get rid” of PCR tests for travel, saying he has asked officials in his department to cancel them as soon as possible. “We have got a huge number of defenses. Of course, we still want to remain very cautious, and there are some things that – when it comes to travel for example – there are some rules that are going to have to remain in place,” Javid said. “But the PCR test that is required upon your return to the UK from certain countries, I want to try and get rid of that as soon as I possibly can … We shouldn’t be keeping anything like that in place for a second longer than is absolutely necessary.”

The UK reported 29,173 more infections on Sunday, raising the tally for the week starting Sept. 6 to 252,011 – an increase of 1.1% compared to the previous week.  A total of 56 more deaths were also reported, taking the week’s figure to 971 – a 22.6% increase from the previous week, according to latest government data. By the end of Sept. 8, over 48 million people in the UK had received a first jab and more than 43 million people were fully vaccinated, the data showed.

Keywords:
UK GovernmentUKEnglandVaccine PassportBritish Government
Your comment has been forwarded to the administrator for approval.×
Warning! Will constitute a criminal offense, illegal, threatening, offensive, insulting and swearing, derogatory, defamatory, vulgar, pornographic, indecent, personality rights, damaging or similar nature in the nature of all kinds of financial content, legal, criminal and administrative responsibility for the content of the sender member / members are belong.
Related News