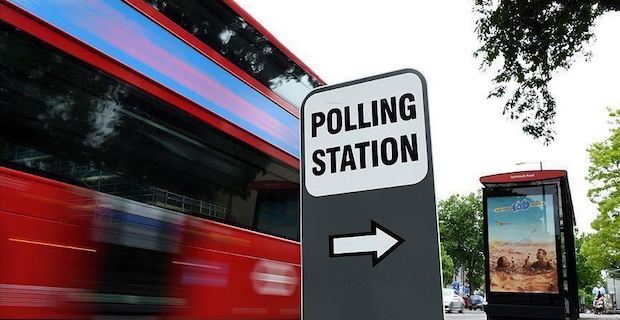 The Conservative and Labour parties have traded blows in recent days over alleged Russian interference in U.K. politics as the country’s general election enters its final week.

The main opposition center-left Labour Party has used a leaked U.K.-U.S. trade document as evidence that the ruling center-right Conservative Party intends to privatize the National Health Service (NHS) after Brexit. The document has played a central part in Labour’s election efforts as it was the party that created the NHS and supports nationalization of key public utilities. The Conservatives have denied they intend to sell the NHS. On Friday, however, social media site Reddit said the document – which was leaked on their website – seemed to be tied to a Russian disinformation operation.

“Suspect accounts on Reddit were recently reported to us, along with indicators from law enforcement, and we were able to confirm that they did indeed show a pattern of co-ordination,” Reddit said in a statement.

“We investigated this account and the accounts connected to it, and today we believe this was part of a campaign that has been reported as originating from Russia.”

They said they were banning 61 accounts to guard against “vote manipulation and misuse of the platform.”

Labour leader Jeremy Corbyn said Saturday that “this is such nonsense.”

“This is such an advanced state of rather belated conspiracy theories by the prime minister. When we released the documents, at no stage did the prime minister or anybody deny that those documents were real, deny the arguments that we put forward,” he said.

“The prime minister has answers to give, which he refuses to do, about Russian donations to the Tory party or the report that he is sitting on about Russian interference in British politics,” he added.

Regarding the source of the documents, Boris Johnson, leader of the Conservatives and prime minister, said “I do think we need to get to the bottom of that.”

This is the second Russia-related scandal of the election. The first involves the Conservatives, who refused to publish a completed report by parliament’s intelligence and security committee about possible Russian interference in the Brexit referendum and U.K. politics ahead of the election.

On Nov. 4, Downing Street said it would refuse to publish the 50-page dossier, noting “there are processes reports such as this have to go through before publication.”

“It seems to us that this report is germane because we do know – and I think it is widely accepted – that the Russians have sought to interfere in other countries’ democratic processes in the past. The protocols are quite clear. If the prime minister has a good reason for preventing publication, he should explain to the committee what it is, and do it within 10 days of him receiving the report. If not, it should be published.”

It was reported in local media that intelligence agencies had already approved the document for publication and that the final draft was sent to the prime minister on Oct. 17, allowing him time to approve publication.

“We are as much spectators in this as you are. All the redactions necessary have been done and no last-minute issues have arisen. We have no objections to the report being published now,” an anonymous security source told one local news outlet.

Opponents of the Conservatives allege the dossier has information about wealthy Russians donating to the party, but the Conservatives have said these donations are already public and the individuals involved were vetted.

“It invites, I’m afraid, suspicion of the government and its motives,” David Anderson, a security expert and member of the U.K. parliament’s upper house, said at the time.

Keywords:
UK ElectionConservativeLabour
Your comment has been forwarded to the administrator for approval.×
Warning! Will constitute a criminal offense, illegal, threatening, offensive, insulting and swearing, derogatory, defamatory, vulgar, pornographic, indecent, personality rights, damaging or similar nature in the nature of all kinds of financial content, legal, criminal and administrative responsibility for the content of the sender member / members are belong.
Related News