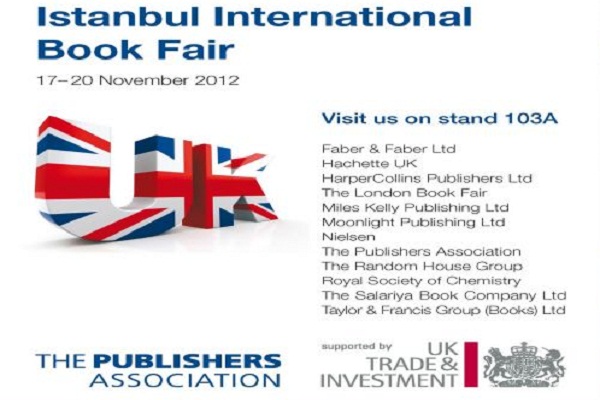 London, 16 November 2012 – The PA is delighted to announce that it will for the first time have a UK collective stand at TUYAP Book Fair in 2012 (17th-20th November 2012). UK exhibitors, ranging from fiction, children’s publishers, academic, Scientific, Medical and Technical books and journals, look forward to meeting publishers, book buyers and other stakeholders in the publishing industry in Turkey. UK exhibitors include Hachette UK, HarperCollins UK, The Random House Group (UK) and the Taylor & Francis Group. The Publishers Association works to promote the UK book trade at major international book fairs, and will be available to provide lists of exhibitors who have rights and English language books to sell, as well as provide general information about the publishing industry in the UK.

Commenting on the PA’s presence at the Tüyap Book Fair, Richard Mollet, Chief Executive at the Publishers Association, said: “Turkey is one of the most important markets for UK businesses to prioritise for trade links. For British publishers TUYAP Book Fair presents an opportunity to develop important business relationships with Turkish counterparts, such as those already established in the field of educational publishing and in the buying and selling of rights in literature and fiction of particular importance at the moment”

“Our decision to have a UK collective stand present at TUYAP 2012 reflects the aims of UK publishers to develop positive, reciprocal opportunities with Turkish publishing houses and to strengthen links between the British and Turkish publishing circles.”