Non-domicile status, colloquially known as non-dom, means your permanent home is outside UK 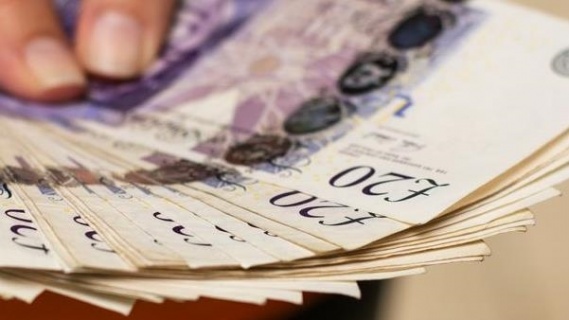 British Chancellor Rishi Sunak’s millionaire wife has been revealed to hold non-domicile status, meaning she does not pay British taxes on her foreign earnings, triggering controversy in the UK.

Non-domicile status, colloquially known as non-dom, means your permanent home is outside the UK and you do not pay tax on income outside the UK that is not brought into the country.

Akshata Murty lives with Sunak in Britain. She is an Indian national, and her spokesperson said she always pays UK tax on her UK income.

Murty is the daughter of a billionaire who founded the company Infosys, an IT company worth an estimated £3.5 billion ($4.5 billion), in which she is claimed to hold a 0.9% stake reported to be worth over £400 million ($522 million).

Infosys’ headquarters are in India, and it is listed on the Indian and New York stock exchanges. Under non-dom rules, she does not have to pay tax on these dividend payments.

She is also the director of and involved in several other businesses ranging from private equity firms to fashion outlets.

Non-dom status is not illegal, and Murty reportedly pays foreign taxes on her overseas income.

"Akshata Murty is a citizen of India, the country of her birth and parents' home. India does not allow its citizens to hold the citizenship of another country simultaneously,” said her spokesperson.

"So according to British law, Ms. Murty is treated as non-domiciled for UK tax purposes. She has always and will continue to pay UK taxes on all her UK income."

The claim was first reported by The Independent, a British daily, which also said that Murty could have saved millions of pounds in taxes on overseas earnings over a number of years.

Local media reported that Sunak declared his wife's tax status when he first became a minister in 2018. The Treasury was also made aware so that any potential conflicts could be managed.

British Business Minister Kwasi Kwarteng told the BBC: “She’s an Indian citizen. And so she, as you say, pays tax here on UK income but pays tax abroad on foreign income.”

“She’s been very clear about the fact that she’s an Indian citizen. Once she’s lived here for 15 years, the non-domicile status falls away. So that will happen in a few years. I don’t know when,” he said.

Murty moved to the UK in 2015, having married Sunak in 2009. They met while studying at Stanford University in the US.

“She’s been very transparent about that. The chancellor has been incredibly transparent in the declaration of interests when he became a minister,” Kwarteng said.

“The Treasury, the department which he works in, knows about all those affairs. And there is a measure of transparency and he’s been very honest about that. And I think, as far as I’m concerned, that’s good enough for me. And I think we should move on from that story,” he said.

“I think there’s a lot of malicious attacks on someone who, after all, is a private citizen and is not a politician.”

Tulip Siddiq, the opposition Labour party's shadow economic secretary to the Treasury, said: "The chancellor has imposed tax hike after tax hike on the British people. It is staggering that, at the same time, his family may have been benefitting from tax reduction schemes. This is yet another example of the Tories (Conservatives) thinking it is one rule for them, another for everyone else."

"Rishi Sunak must now urgently explain how much he and his family have saved on their own tax bill at the same time he was putting taxes up for millions of working families and choosing to leave them £2,620 a year worse off."

This is not Murty’s first controversy. Last week, Infosys said it was “urgently” closing its office in Russia after it emerged that it had continued its presence in the country following the war on Ukraine.

Sunak had called on British companies to pull out of Russia to punish Russian President Vladimir Putin’s government.

Keywords:
Akshata MurtyRishi SunakTaxesIndia
Your comment has been forwarded to the administrator for approval.×
Warning! Will constitute a criminal offense, illegal, threatening, offensive, insulting and swearing, derogatory, defamatory, vulgar, pornographic, indecent, personality rights, damaging or similar nature in the nature of all kinds of financial content, legal, criminal and administrative responsibility for the content of the sender member / members are belong.
Related News 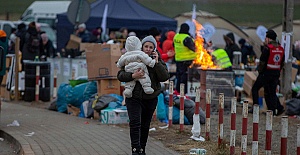 Over 3.5M people have fled Ukraine since start of...