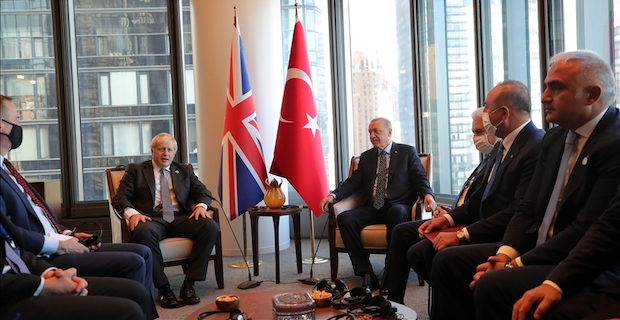 The newly inaugurated Turkevi Center houses the UN permanent mission of Turkey and the Turkish Consulate General as well as the representation of the Turkish Republic of Northern Cyprus (TRNC).

Keywords:
Recep Tayyip ErdoganBoris Johnson
Your comment has been forwarded to the administrator for approval.×
Warning! Will constitute a criminal offense, illegal, threatening, offensive, insulting and swearing, derogatory, defamatory, vulgar, pornographic, indecent, personality rights, damaging or similar nature in the nature of all kinds of financial content, legal, criminal and administrative responsibility for the content of the sender member / members are belong.
Related News