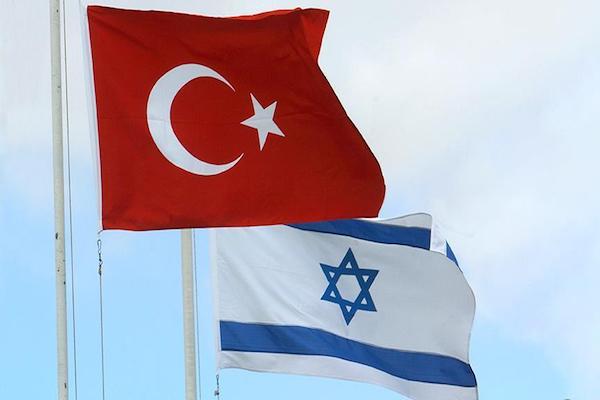 The mutual appointment of ambassadors represents the culmination of the process of renewed ties.67 years of Turkish-Israeli diplomatic relations Bilateral ties came under particular strain in 2010 when Israeli commandos stormed the Mavi Marmara, a Turkish aid flotilla bound for the blockaded Gaza Strip, in international waters.

The attack on the six civilian vessels, which had been trying to break Israel's blockade of Gaza, resulted in the death of nine Turkish citizens and left another 30 injured, one of whom succumbed to his injuries nearly four years later.

In the aftermath of the attack, Turkey demanded an official apology from Israel, compensation for the families of those killed, and the lifting of Israel’s Gaza blockade, which since 2007 has remained under a crippling Israeli embargo.

Months of talks between the two countries finally bore fruit in August, with Turkey announcing a deal to start normalizing relations with Israel after the six-year hiatus.

Under the agreement, in August Israel paid $20 million in compensation to the families of the Mavi Marmara victims, and the two countries this week appointed ambassadors.

The following is a brief timeline of significant developments in Turkish-Israeli relations since 1948:

1956: Israel invades Egypt’s Sinai Peninsula and occupies the Suez Canal, after which Turkey downgrades its diplomatic representation to the level of charges d’affaires.

1963: Turkey’s diplomatic representation in Israel is upgraded to the level of consulate.

1980: Turkish diplomatic representation in Israel upgraded to the ambassadorial level.

1986: Turkish diplomatic representation is upgraded to level of charges d’affaires.

1987: The first Intifada, or Palestinian uprising against Israeli occupation, begins. Turkey voices its support for the Palestinians.

1994-1998: Ankara and Tel Aviv sign a number of agreements in the fields of security, defense, and the economy.

2010: Turkey suspends diplomatic relations with Israel in the wake of the deadly Mavi Marmara incident.

Aug. 20, 2016: Israel accepts Turkish preconditions for normalizing relations, including demands to compensate the families of the Mavi Marmara victims.

Nov. 15, 2016: Israel appoints its first ambassador to Turkey in six years. Eitan Na’eh, deputy ambassador to Britain since 2013, is to be the new envoy to Ankara.