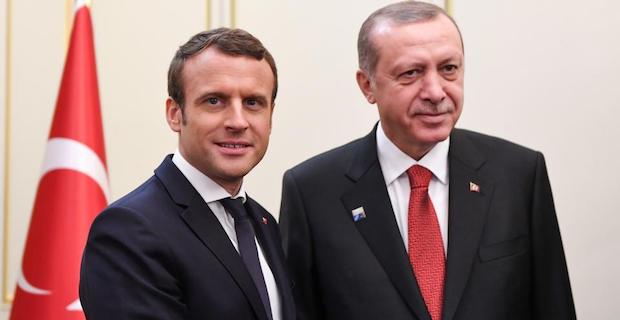 Turkish President Recep Tayyip Erdogan and his French counterpart Emmanuel Macron spoke over the phone on Thursday about economic and financial ties, according to presidential sources.

The two leaders agreed to have Turkey’s Treasury and Finance Minister Berat Albayrak meet with his French counterparts at the earliest opportunity, said the sources, who asked not to be named due to restrictions on speaking to the media.

Erdogan and Macron also stressed that it is important to develop economic and financial ties between the two countries, as well as mutual investments.

Keywords:
Turkish President Recep Tayyip ErdoganFrench Counterpart Emmanuel Macron
Your comment has been forwarded to the administrator for approval.×
Warning! Will constitute a criminal offense, illegal, threatening, offensive, insulting and swearing, derogatory, defamatory, vulgar, pornographic, indecent, personality rights, damaging or similar nature in the nature of all kinds of financial content, legal, criminal and administrative responsibility for the content of the sender member / members are belong.
Related News