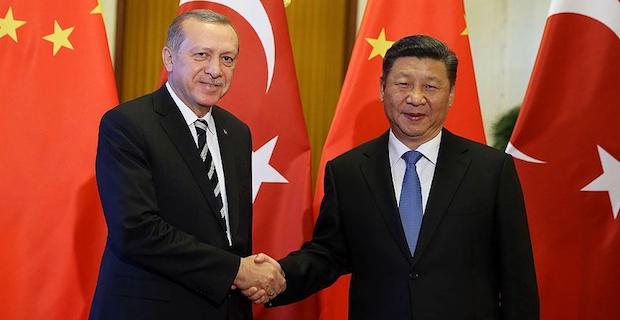 AVRUPA\LONDON - President Recep Tayyip Erdogan and his Chinese counterpart Xi Jinping discussed Syria over the phone Thursday, according to a Turkish presidential source.Erdogan said Turkey has "all along" been against the use of chemical weapons and it is important not to allow tension in Syria to escalate in the upcoming period, the source, who spoke on condition of anonymity due to restrictions on talking to the media, said.The presidents agreed to ensure Syria's territorial integrity. The source added Erdogan and Xi also discussed bilateral relations and exchanged views on regional issues. The presidents agreed to enhance ties in all areas, it added. Erdogan also congratulated Xi on his second term in office.

Keywords:
President Recep Tayyip ErdoganXi Jinping
Your comment has been forwarded to the administrator for approval.×
Warning! Will constitute a criminal offense, illegal, threatening, offensive, insulting and swearing, derogatory, defamatory, vulgar, pornographic, indecent, personality rights, damaging or similar nature in the nature of all kinds of financial content, legal, criminal and administrative responsibility for the content of the sender member / members are belong.
Related News