Turkish banker arrives in Istanbul after US jail release 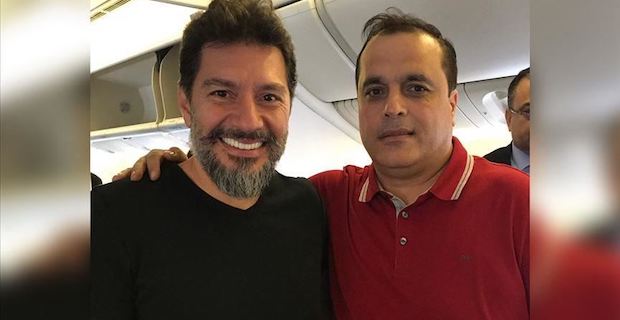 A former Turkish banking executive, who was released from a federal U.S. prison last week, arrived in Istanbul on Wednesday.  A Turkish Airlines plane carrying Mehmet Hakan Atilla landed at Istanbul Airport at around 11.30 am local time (0830GMT) after it took off from the New York JFK International Airport.

Atilla, 48, the former deputy director general at Turkish state lender Halkbank, was sentenced in May 2018 in New York for violating U.S. sanctions on Iran.

However, the judge allowed the time he had served after being arrested a year earlier to be credited in the sentence, and his release on July 19 was announced earlier due to good behavior.

Atilla’s arrest came after Turkish businessman Riza Sarraf was arrested in 2016 in the U.S. for violating sanctions on Iran.

Cooperating with prosecutors, he gave testimony against Atilla which was used to convict the banker.

Keywords:
Mehmet Hakan AtillaTurkish Banker
Your comment has been forwarded to the administrator for approval.×
Warning! Will constitute a criminal offense, illegal, threatening, offensive, insulting and swearing, derogatory, defamatory, vulgar, pornographic, indecent, personality rights, damaging or similar nature in the nature of all kinds of financial content, legal, criminal and administrative responsibility for the content of the sender member / members are belong.
Related News