Turkey said to have video, audio of Khashoggi killing

Turkey told US officials that it has recordings proving killing of Saudi journalist in Istanbul Consulate: Washington Post 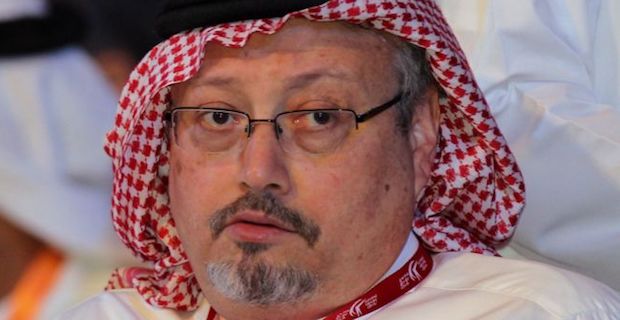 Turkish government has told U.S. officials that there are video and audio recordings that reveal killing of missing Saudi journalist inside the consulate in Istanbul, The Washington Post reported on Thursday.

“The recordings show that a Saudi security team detained Khashoggi in the consulate after he walked in Oct. 2 to obtain an official document before his upcoming wedding, then killed him and dismembered his body, the officials said,” wrote The Washington Post article.

Jamal Khashoggi has been missing since Oct. 2, when he visited the Saudi Consulate in Istanbul.

Saudi authorities have yet to give a clear explanation on the fate of Khashoggi as several countries -- particularly Turkey, the U.S. and the U.K. -- press for clarification.

Without giving the names of the officials, The Washington Post article further wrote that the audio recording “provides some of the most persuasive and gruesome evidence that the Saudi team is responsible for Khashoggi’s death.”

“The voice recording from inside the embassy lays out what happened to Jamal after he entered. You can hear his voice and the voices of men speaking Arabic.

"You can hear how he was interrogated, tortured and then murdered,” told a source on the condition of anonymity.

The Washington Post article further stated that it is not clear whether the U.S. officials have seen the recordings but said: “Turkish officials have described their contents to their American counterparts.”

Keywords:
KhashoggiSaudi Journalist
Your comment has been forwarded to the administrator for approval.×
Warning! Will constitute a criminal offense, illegal, threatening, offensive, insulting and swearing, derogatory, defamatory, vulgar, pornographic, indecent, personality rights, damaging or similar nature in the nature of all kinds of financial content, legal, criminal and administrative responsibility for the content of the sender member / members are belong.
Related News