Turkey's Erdogan to travel to Russia for talks with Putin 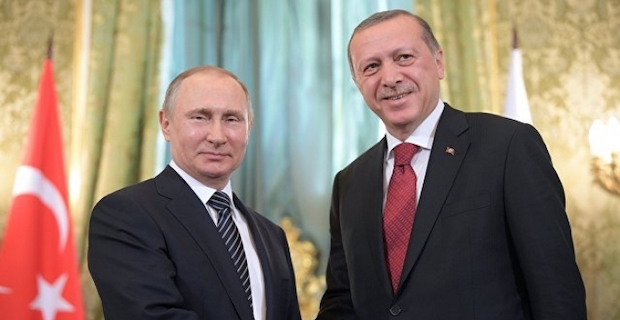 The meeting between the two leaders will take place at the Black Sea resort of Sochi on October 22, a statement by Erdogan's office said on Wednesday. It gave no further details.

Putin invited Erdogan "for a working visit in the coming days", the Russian leader's office said on Tuesday. "The invitation was accepted," it added.

Last week, US President Donald Trump abruptly announced the withdrawal of US troops from the northeast region of Syria, clearing the way for a cross-border military campaign by Turkey.

Turkey's offensive, now into its eighth day, is aimed at pushing back Kurdish-led forces from the border area and creating a "safe zone" for the return of Syrian refugees.

Ankara regards the Syrian-Kurdish fighters as "terrorists" linked to Kurdish separatists on its soil.

Following the US withdrawal, the Kurdish-led Syrian Democratic Forces (SDF) pivoted to an unlikely alliance with the Syrian government, who have since deployed troops to the border region.

Russia and Iran are staunch allies of the Syrian government and Moscow has moved quickly to fill the void left by the US troops' withdrawal, deploying its military to act as a buffer as Syrian government forces moved north under the deal with the Syrian Kurdish forces.

Keywords:
SyriaErdoğanTurkeyRussiaPutin
Your comment has been forwarded to the administrator for approval.×
Warning! Will constitute a criminal offense, illegal, threatening, offensive, insulting and swearing, derogatory, defamatory, vulgar, pornographic, indecent, personality rights, damaging or similar nature in the nature of all kinds of financial content, legal, criminal and administrative responsibility for the content of the sender member / members are belong.
Related News