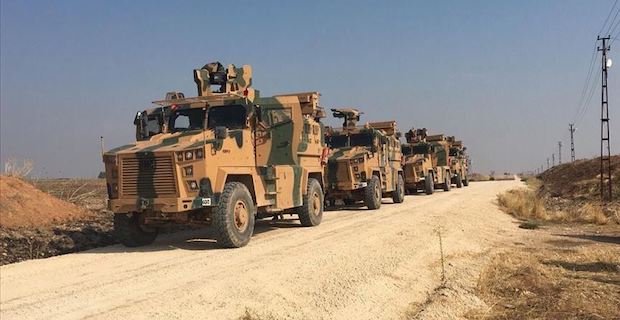 "The first Turkish-Russian joint patrols with ground and air units are underway east of Ad Darbasiyah in NE Syria as agreed between Turkish and Russian presidents in Sochi on 22 October," the ministry said on Twitter.

On Oct. 22, Turkey and Russia reached a deal under which YPG/PKK terrorists would pull back 30 kilometers (18.6 miles) south of Turkey’s border with northern Syria within 150 hours and security forces from Turkey and Russia would conduct joint patrols there. The 150-hour period ended on Tuesday. 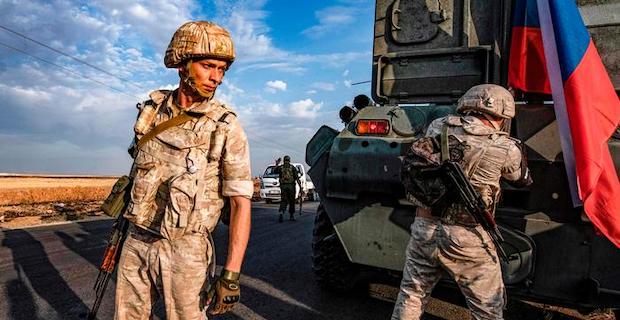 The deal came after Turkey launched anti-terror Operation Peace Spring on Oct. 9 to eliminate terrorists from northern Syria east of the Euphrates River in order to secure Turkey’s borders, aid in the safe return of Syrian refugees, and ensure Syria’s territorial integrity.

In its more than 30-year terror campaign against Turkey, the PKK has been responsible for the deaths of 40,000 people, including women, children, and infants. The YPG/PYD is the Syrian offshoot of PKK.

Keywords:
TurkeyRussiaN.Syria
Your comment has been forwarded to the administrator for approval.×
Warning! Will constitute a criminal offense, illegal, threatening, offensive, insulting and swearing, derogatory, defamatory, vulgar, pornographic, indecent, personality rights, damaging or similar nature in the nature of all kinds of financial content, legal, criminal and administrative responsibility for the content of the sender member / members are belong.
Related News