First of 3 trilateral meetings at parliamentary level to contribute to regional peace, security, and stability 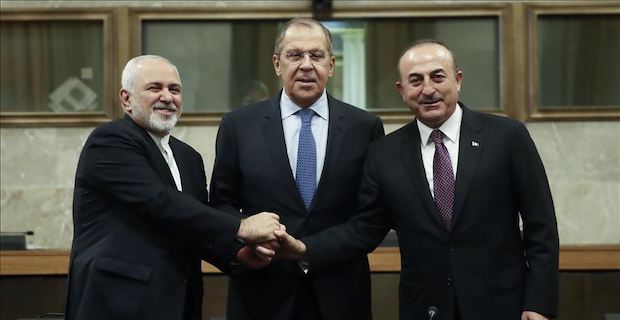 Moscow on Wednesday will host a trilateral meeting between the foreign affairs committees of the parliaments of Turkey, Russia, and Iran.The meeting will be held for the first time at the parliamentary level at Turkey's suggestion in order to contribute to regional peace, security, and stability, said a statement by the Turkish parliamentary committee.Topics to be discussed at the meeting include “relations between the three countries, regional developments, the role and the importance of parliaments and their perspectives and proposal for settlements to the problems,” it added.

Later trilateral meetings between the committees will be hosted in the Turkish capital Ankara, and then in Iran's capital Tehran.

The three countries also cooperate as part of the Astana process, meant to bring peace and stability to war-torn Syria.

Keywords:
TurkeyRussiaIran
Your comment has been forwarded to the administrator for approval.×
Warning! Will constitute a criminal offense, illegal, threatening, offensive, insulting and swearing, derogatory, defamatory, vulgar, pornographic, indecent, personality rights, damaging or similar nature in the nature of all kinds of financial content, legal, criminal and administrative responsibility for the content of the sender member / members are belong.
Related News