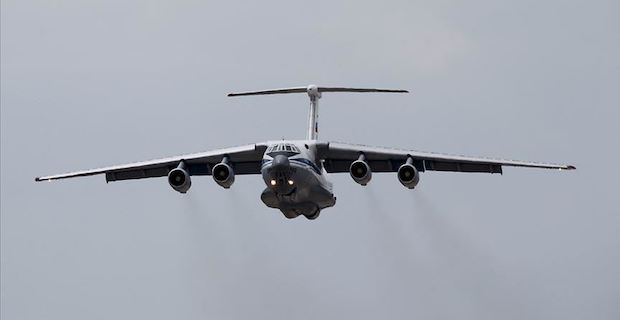 Turkey continued on Thursday to receive components of Russian S-400 missile defense systems.  Delivery of the long-range air defense hardware continued, with 15 shipments having so far landed at the Murted Air Base in the capital Ankara over the past week. The first shipment was delivered last Friday.

It has urged the formation of a commission to clarify any technical issues, but the U.S. has failed to respond to Turkey’s proposal.

On Wednesday, Washington announced it was removing Turkey from the joint program F-35 stealth fighter jet program, following through on threats to do so over Ankara's purchase of the Russian S-400 anti-air system.

Deliveries are set to continue until April 2020.

Keywords:
TurkeyRussian S 400S-400
Your comment has been forwarded to the administrator for approval.×
Warning! Will constitute a criminal offense, illegal, threatening, offensive, insulting and swearing, derogatory, defamatory, vulgar, pornographic, indecent, personality rights, damaging or similar nature in the nature of all kinds of financial content, legal, criminal and administrative responsibility for the content of the sender member / members are belong.
Related News