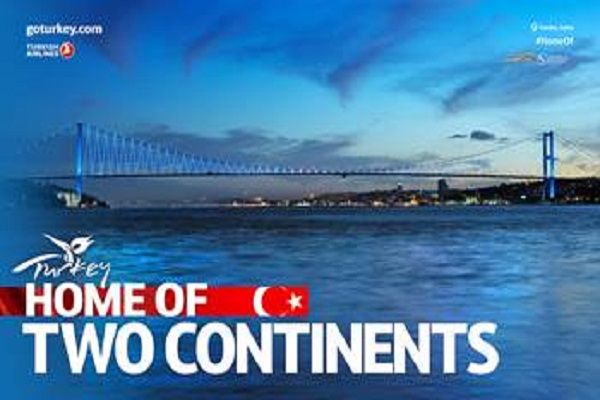 The concept behind the campaign is that wherever one is from, Turkey is Home. Home to civilisations, Troy, two continents, the home of history, the home of tradition, the home of turquoise (seas), the home of adventure; the list is endless... Turkey is that place many have been looking for. Whatever one's interests or pleasures, from the turquoise blue waters of the Aegean to the powdery mountains of Palandoken to the beaches of Antalya to the fairy chimney landscapes of Cappadocia, Turkey waits to be discovered and rediscovered through the 'Home Of' campaign.

Four world-renowned photographers have been involved with the 'Home Of' campaign, shooting at various locations around Turkey for the campaign. The photographers are American documentary photographer Steve McCurry, known for his 'Afghan Girl' photo on the cover of the National Geographic, the leading name of advertising photography, Mark Edward Harris, art ambassador and successful photojournalist Hazel Thompson, and photographer of rock stars, Robert M. Knight.

Irfan Onal, Director of Promotion for Turkey's Ministry of Culture & Tourism, says “Turkey's ongoing 'Home Of' campaign enables us to give a universal message about Turkey and its attractions, whether they are specific sites, cultural values or shared traditions. In this way we are raising awareness of the country's diversity and heightening its international profile while attracting new and previous visitors to Turkey time and time again.”