Turkey and Japan ready for joint fight against terrorism 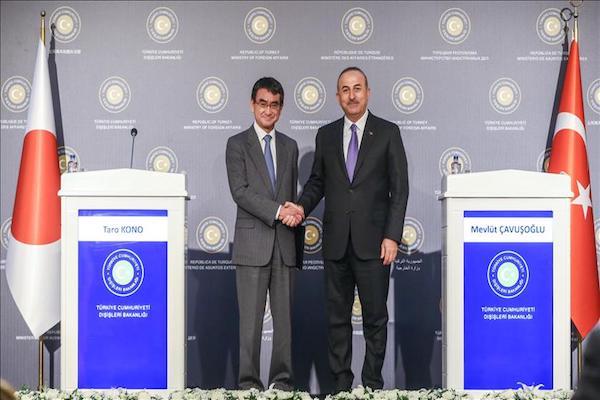 “We have shared our common will to establish closer relations with Japan not only on the Syria matter but also on other humanitarian matters as well,” he said during a visit by Japanese Foreign Minister Taro Kono to Ankara.

Cavusoglu added: “We want to enhance our relations to the level of this friendship in all areas, especially in the economy and politics.”

The planned construction of a nuclear power plant at Sinop on the Black Sea coast, which includes a French-Japanese consortium, is a Turkish key project involving Japan.

Cavusoglu said “important steps” with Japan would be made next year. “I will also pay visit to Japan in the forthcoming period and our economy minister and energy minister will visit Japan.”