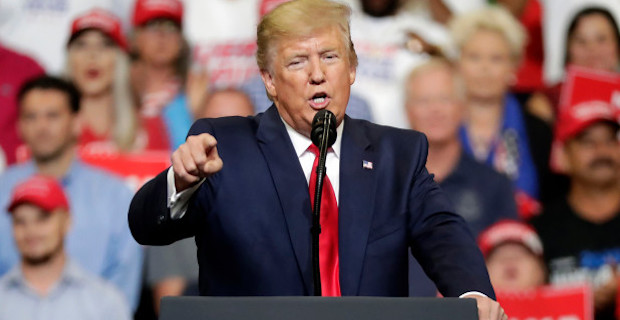 U.S. President Donald Trump officially launched his campaign Tuesday evening to maintain his hold on the White House. Thousands of people flocked to the Amway Theater in Orlando, Florida for the commencement, which Trump used to continue attacks on his critics and political rivals while touting what he counts as his hitherto victories, particularly the U.S. economy, which he said is "the envy of the world" because of him.

"As long as you keep this team in place, we have a tremendous way to go. Our future has never, ever looked brighter or sharper," Trump said, later urging supporters to vote on Nov. 3, 2020. "We did it once and now we will do it again. And this time, we are going to finish the job."

But while heaping praise on his administration, he kept a steady stream of criticism flowing for his favorite targets: the media, Special Counsel Robert Mueller, whom he said helmed an "illegal witch hunt," and his 2016 Democratic rival Hillary Clinton. 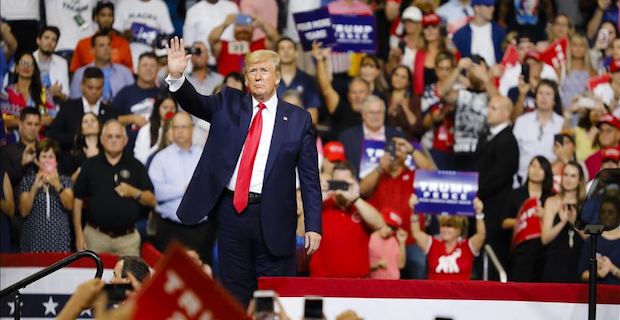 In many ways, the official start to Trump's campaign was a continuation of his 2016 campaign, which never really ended as the president continued to hold campaign-style "Make America Great Again" rallies throughout his first term unlike presidents before him. He also filed for re-election on his first day in office -- Jan. 20, 2017.

Trump maintained Tuesday night that his Democratic rivals are seeking to implement a socialist agenda in the U.S., telling raucous supporters “America will never be a socialist country.”

The Democrats seeking to oust the president from office will have their chance to respond in a series of nationally televised debates that begin next Wednesday. Because the field of contenders is so vast, the debates have been split into two nights, with 10 candidates debating each other on Wednesday and a second group of 10 debating on Thursday.

Florida, where Trump held his re-election rally, is a vital state for him to win again. And just hours before Trump took to the stage at the Amway Theater, a new poll released by Quinnipiac University showed him trailing behind the top two Democratic candidates -- former Vice President Joe Biden and Senator Bernie Sanders -- in the state by 50% to 41% and 48% to 42% respectively.

Keywords:
President Donald Trump2020 Presidential Campaign
Your comment has been forwarded to the administrator for approval.×
Warning! Will constitute a criminal offense, illegal, threatening, offensive, insulting and swearing, derogatory, defamatory, vulgar, pornographic, indecent, personality rights, damaging or similar nature in the nature of all kinds of financial content, legal, criminal and administrative responsibility for the content of the sender member / members are belong.
Related News