Trump claims Armenia massacres were not 'genocide', in direct contradiction to Congress decision

The Trump administration has said it does not consider the mass killings of Armenians in 1915 to be a genocide, contradicting a unanimous vote by the US Senate. 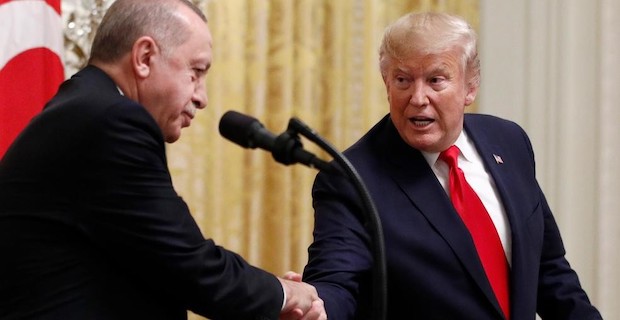 The historic vote last week incensed Turkey, which has always denied that the killings amounted to a genocide. Turkey's foreign ministry on Friday summoned the US ambassador to express its anger over the vote, accusing the US of "politicising history". Armenia says 1.5 million were killed in an effort to wipe out the ethnic group.

The killings took place in the waning days of the Ottoman Empire, the forerunner of modern-day Turkey.

"The position of the administration has not changed," said State Department spokeswoman Morgan Ortagus in a statement on Tuesday. "Our views are reflected in the president's definitive statement on this issue from last April," she said.

In a statement last April on the anniversary of the killings, Mr Trump said the US paid tribute to the victims of "one of the worst mass atrocities of the 20th century", but he did not use the word genocide. Instead he encouraged Armenians and Turks to "acknowledge and reckon with their painful history". 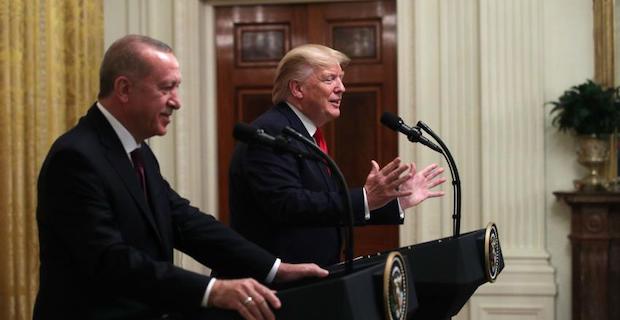 In the wake of two votes last week in the US House and Senate to recognise the massacres as genocide - a long-awaited symbolic victory for Armenians - Turkey's authoritarian president Recip Tayyip Erdogan threatened to shut down Incirlik air base, which is based in Turkey and hosts US nuclear warheads.

Mr Erdogan also said he could close Kurecik radar base as a threat of US sanctions hung over Turkey after its recent military offensive in Syria.

The Armenian prime minister, Nikol Pashinyan, hailed the Congress and Senate resolutions as "a bold step towards serving truth and historical justice".

A previous effort at passing the resolution through the Senate was blocked by Senator Lindsay Graham - a staunch Trump ally - at the instruction of the White House. 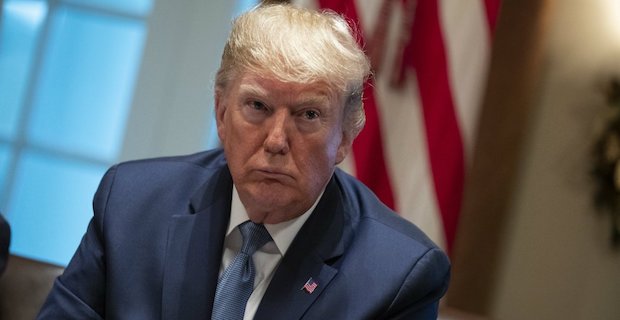 There is general agreement that hundreds of thousands of Armenians died when the Ottoman Turks deported them en masse from eastern Anatolia to the Syrian desert and elsewhere in 1915-16. They were killed or died from starvation or disease.

The total number of Armenian dead is disputed. Armenians say 1.5 million died. The Republic of Turkey estimates the total to be 300,000. According to the International Association of Genocide Scholars (IAGS), the death toll was more than a million.

The dispute about whether it was genocide centres on a question of premeditation - the degree to which the killings were orchestrated. Many historians, governments and the Armenian people believe they were; but some scholars have brought that into question.

Turkish officials accept that atrocities were committed but argue that there was no systematic attempt to destroy the Christian Armenian people. Turkey says many innocent Muslim Turks also died in the turmoil of war.

Mr Trump gave a warm welcome to Mr Erdogan in Washington DC last month, despite a recent invasion by Turkey of north-east Syria that targeted the Kurds - formerly US allies in the region. The invasion infuriated many US politicians and military officials and led to calls on the president to impose sanctions on Turkey.

During a meeting in Washington last month, Mr Trump said he was a "big fan" of Mr Erdogan, ignoring widespread criticism over the Turkish president's poor human rights record.

Mr Trump predecessor, Barack Obama, promised as a presidential candidate to recognise the massacres of Armenians as genocide but after his election did not use the word.

Keywords:
TrumpArmeniaArmenia Massacres
Your comment has been forwarded to the administrator for approval.×
Warning! Will constitute a criminal offense, illegal, threatening, offensive, insulting and swearing, derogatory, defamatory, vulgar, pornographic, indecent, personality rights, damaging or similar nature in the nature of all kinds of financial content, legal, criminal and administrative responsibility for the content of the sender member / members are belong.
Related News