Trump and Putin will meet face to face for first time

US President Donald Trump is to meet his Russian counterpart, Vladimir Putin, for the first time at a G20 summit in Hamburg, Germany. 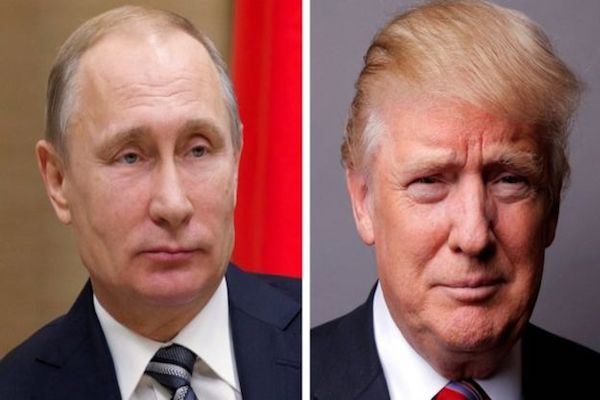 Climate change and trade are set to dominate as the two-day summit opens, with mass protests in the streets. Clashes at a "Welcome to Hell" rally left 76 police officers injured. By choosing to hold the summit in Hamburg, Germany's northern hi-tech powerhouse, Chancellor Angela Merkel is seeking to show mass protests can be tolerated in an open democracy, correspondents say. The G20, or Group of Twenty, is a summit for 19 countries, both developed and developing, plus the EU. The individual countries are Argentina, Australia, Brazil, Canada, China, France, Germany, India, Indonesia, Italy, Japan, Mexico, Russia, Saudi Arabia, South Africa, South Korea, Turkey, the UK and the US. What can we expect from the Trump-Putin talks? The two leaders are due to meet in the afternoon for an hour, Russian media say, though other reports suggest it could be about 30 minutes. It is unclear if they will speak to reporters afterwards or to what extent media will be admitted to the meeting. After phone calls between the leaders in January and May, the White House and Kremlin released summaries of the conversations.