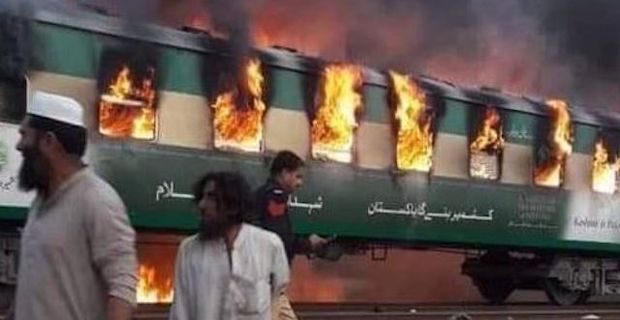 At least 65 people were killed and over two dozen injured when a fire broke out Thursday morning on a passenger train in northeast Pakistan, an official confirmed. The fire started when a gas cylinder exploded in a carriage of a train carrying members of Tablighi Jamat -- a non-political global Islamic missionary movement -- near the Rahimyar Khan district in the Punjab province, city police chief Amir Taimoor Khan told reporters.

At least 30 people were injured, more than a dozen of them critically, Taimoor said, adding he fears the death toll will rise. 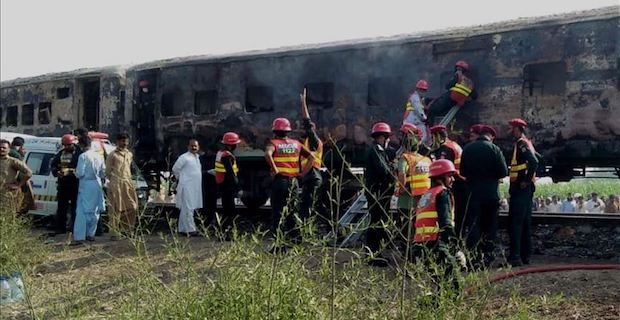 Railway Minister Shaikh Rasheed Ahmad told reporters the blast occurred after some of the Tablighi members lit a stove connected to a gas cylinder to prepare breakfast.

The fire swept through two other carriages, forcing many passengers to jump off the moving train, which led to many of the deaths and injuries, he said.

Pakistan has had a long history of train accidents, mainly due to lack of safety measures.

This July some 21 passengers were killed and over 80 injured after two trains collided in the nearby Sadiqabad district.