The UK has begun the rollout of its third coronavirus vaccine, the Moderna jab, in Wales

The Moderna vaccine follows the Pfizer-BioNTech and Oxford-AstraZeneca jabs, which are already widely in use. 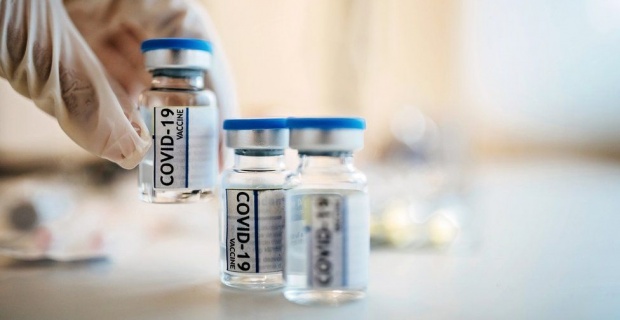 A third Covid-19 vaccine will be rolled out in the UK later. The Moderna vaccine follows the Pfizer-BioNTech and Oxford-AstraZeneca jabs, which are already widely in use. Seventeen million doses were ordered by the government and Wales will become the first nation to administer the two-dose vaccine in Carmarthenshire later today. Wales Health Minister Vaughan Gething says a third vaccine "significantly adds" to defences against Covid-19. "Every vaccine given to someone in Wales is a small victory against the virus," he says. Scotland has received its first Moderna batch but not confirmed a rollout date. Neither has England, but yesterday the UK government's vaccines minister Nadhim Zahawi said the Moderna vaccine would be deployed "around the third week of April".

The UK has begun the rollout of its third coronavirus vaccine, the Moderna jab, in Wales.

Unpaid carer Elle Taylor said she was "very excited and happy" to be the first in the UK to receive the jab. In England, small business minister Paul Scully said the vaccine will be rolled out "in the next few days". Meanwhile, European regulators are due to report their findings on a potential link between the AstraZeneca jab and rare blood clots at 15:00 BST.Regulatory bodies from the UK and the World Health Organization are also continuing to assess the data.

Keywords:
Pfizer-BioNTechModerna CovidModerna Covid VaccineOxford-AstraZeneca
Your comment has been forwarded to the administrator for approval.×
Warning! Will constitute a criminal offense, illegal, threatening, offensive, insulting and swearing, derogatory, defamatory, vulgar, pornographic, indecent, personality rights, damaging or similar nature in the nature of all kinds of financial content, legal, criminal and administrative responsibility for the content of the sender member / members are belong.
Related News