The Opening of the Kartarpur Corridor between Pakistan and India 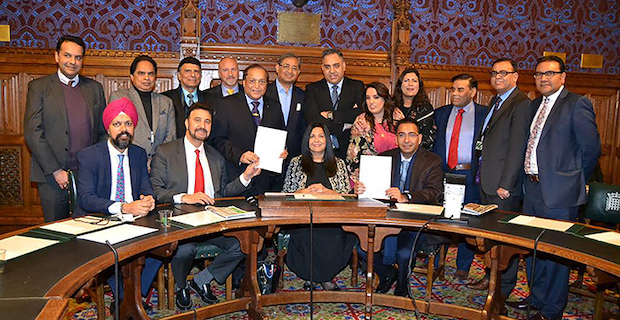 In 1504 CE, the founder of the Sikh Faith, Guru Nanak Dev Ji, founded the city of Kartarpur. The city is a most scared place in the Sikh religion. It is also the place where Guru Nanak lived the latter part of his life until his heavenly departure and where the holy shrine of Gurdwara Darabar Sahib is located. The Sikhs feel that it is their birth right to be able to visit their holy shrines which was sadly restricted since the Partition of 1947.

Discussions to open the Kartarpur Corridor go back many years to 1999 when the then Prime Minister of Pakistan, Mr Nawaz Sharif, and Prime Minister of India, Mr Atal Bihari Vajpayee, proposed this. However, progress was not made and it has taken nearly 20 years for history to be made.

The very significant step to open the Corridor was recently rekindled when the Punjab Tourism Minister Mr Navjot Singh Sidhu attended Pakistan’s Prime Minister Imran Khan’s inaugural ceremony in August 2018. During his visit he met Pakistan’s Army Chief, Gen.Qamar Bajwa who made the offer that the Government of Pakistan would open the Kartarpur Corridor from Guru Nanak’s 550th birth anniversary in November 2019 as a gesture to the global Sikh community. The corridor will allow pilgrims visa free access. 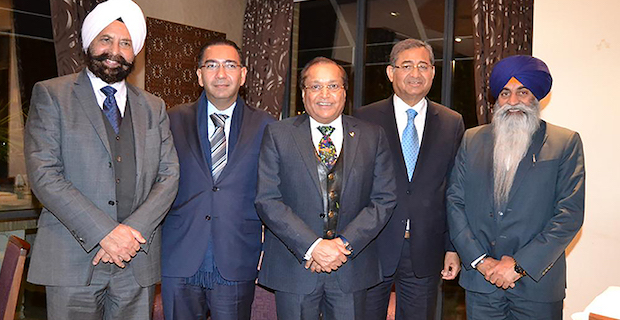 The willingness and intent of both countries was enshrined with the historic foundations being laid for the Kartarpur Corridor in November 2018 by Prime Minister Imran Khan and Vice President of India Venkaiah Naidu.

Dr Rami Ranger stated “This is a historic opportunity and one that I did not expect to see in my lifetime. We are proud of the steps taken by Prime Minister Imran Khan and supported by the Prime Minister of India, Shri Narendra Modi for the development and opening of the Kartarpur Corridor, it will be great benefit to both countries and is a blessing for the Sikh Community”.

Ambassador Kidwai said “I am very happy to have been greeted with such warmth and support from the Sikh Community in Britain and I am confident that this great initiative of Prime Minister Imran Khan will be appreciated by Sikhs throughout the world, as well as providing an opportunity for greater relations between Pakistan and India.

“The holding of the meeting at which the MOU was signed in the British House of Commons will be seen as an endorsement of the British Pakistani and British Indian MPs that attended the special meeting.

Mr Murtaza Haswani Deputy Chairman of the Hashoo Group stated “The Hashoo Group is committed to making this historic project a success and as one of the leading businesses in Pakistan, the Hashoo Group, looks forward to supporting the British Sikh Association for the benefit of Sikhs globally”.

Keywords:
Kartarpur CorridorBritish Sikh AssociationPakistans Hashoo Group
Your comment has been forwarded to the administrator for approval.×
Warning! Will constitute a criminal offense, illegal, threatening, offensive, insulting and swearing, derogatory, defamatory, vulgar, pornographic, indecent, personality rights, damaging or similar nature in the nature of all kinds of financial content, legal, criminal and administrative responsibility for the content of the sender member / members are belong.
Related News