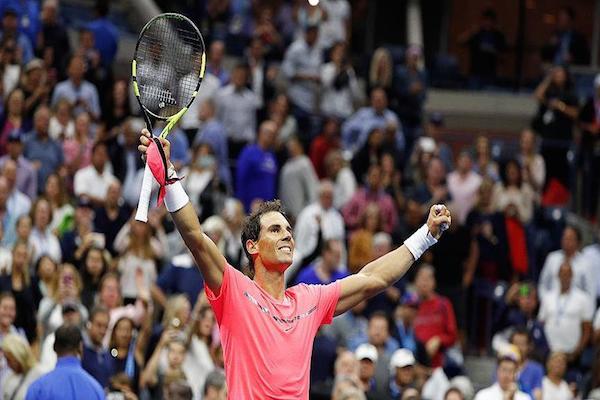 AvrupaLondon - Rafael Nadal beat Kevin Anderson, Sunday, to win the U.S. Open, gaining his second grand slam victory this year.Ranked No.1, Nadal of Spain, 31, beat No. 28 South African Anderson, same age, with 6-3, 6-3 and 6-4 sets to claim the third U.S. Open title of his career."Personally, it's just unbelievable after years of injuries. Winning here brings me high energy," he said.After struggling with knee and foot problems for years, Nadal came back to win the French Open in June -- his first grand slam victory since 2014.With the U.S. Open win, he also gained the 16th grand slam championship of his career, in addition to a $3.7 million prize. After his victory, Nadal thanked his uncle, Toni Nadal, who has bee his trainer since the age of three."I can't thank him enough ... Somebody like him push me every time. He is strong and has great motivation," he said. "He is one of the most important people in my life."Nadal thanked his opponent Anderson, who also struggled with injuries."It's been a very special two weeks. Congrats to Kevin. You had tough injuries and you came back," he said.Nadal offered his condolences to those who lost their lives in Mexico's earthquake and the U.S. Hurricanes Harvey and Irma. "It's a moment to be strong."Anderson, who played his first career grand slam final, said "This isn't the result I wanted, but I'll keep on fighting.""I will take a lot of positives from this," he added.