Tatar, If there will be future official negotiations, these will be based on the ground of a solution

Ersin Tatar: "If there will be future official negotiations, these will be based on the ground of a solution where two states will live side by side 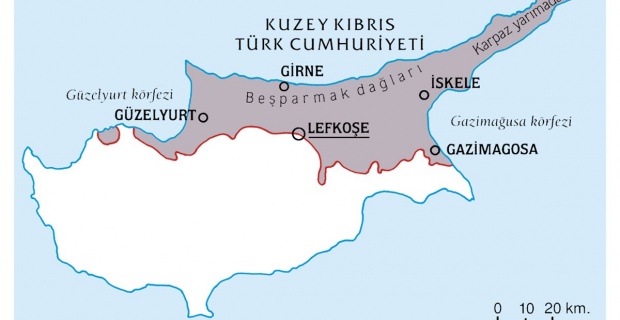 Turkish Republic of nthe Northern Cyprus President Ersin Tatar stated that if there are future official negotiations regarding Cyprus, these will be based on the ground of a solution where two states with equal sovereignty will live side by side and neither will be superior to each other.

Tatar also announced that they are trying to determine the exact date for an informal 5+1 meeting planned with the participation of the parties in Cyprus, guarantor countries and the UN to be held in New York at the end of February or the beginning of March.

Tatar met with UN’s Special Envoy to Cyprus Jane Holl Lute yesterday afternoon (11th January) and the meeting continued for about an hour and a half.

Turkish President Recep Tayyip Erdoğan received the TRNC Foreign Minister Tahsin Ertuğruloğlu. The meeting which was held at the Turkish Presidential Complex in Ankara was closed to the press.

Foreign Minister Tahsin Ertuğruloğlu who has been in Ankara within the framework of his official contacts, held a joint press conference with Turkish Foreign Minister Mevlüt Çavuşoğlu following their meeting.

Ertuğruloğlu said, "If the sovereign peoples are to establish a partnership as the sovereign state owner, this is a confederation. Therefore, there is no possibility of meeting to talk about a federation."

Noting that the aim of the 5+1 meeting under the leadership of the United Nations (UN) is to "reveal what will be discussed" instead of a federation, Ertuğruloğlu stated that this should be based on the existence of two states and sovereign equality.

Within the framework of his contacts in Ankara Foreign Minister of the Turkish Republic of Northern Cyprus (TRNC) Tahsin Ertuğruloğlu, met with Turkish National Defense Minister Hulusi Akar.

According to the statement from the Turkish National Defense Ministry regional defense, security and cooperation opportunities were evaluated in the meeting. Minister Akar mentioned that the Greek Cypriot side should back down from their intransigent attitude and should accept the Turkish existence in the island while recognising the political equality of the Turkish Cypriots.

Akar also added that Turkey will continue to protect the rights and interests of the TRNC and Turkey stands at the same point as it was in 1974.


Çavuşoğlu: ‘Let’s be realistic, if it couldn’t done in 52 years there is no need to push the limits’

Stating that the Cyprus Issue is going through a critical phase, Minister Çavuşoğlu mentioned that the negotiations in Cyprus had failed because the Greek Cypriot side refused to recognise the political equality of the Turkish Cypriots or share power with them.

The Turkish Foreign Minister said that they have proposed an unofficial 5+1 meeting which is important in terms of determining what will be negotiated.

Çavuşoğlu added that sovereign equality must be negotiated and a two-state solution is not only the thesis of Turkey but it had been also voiced by the Greek Cypriot Administration Leader Nikos Anastasiades, first in Crans Montana and on several other occasions.


Founding President Denktaş and Dr. Küçük will be commemorated

Founding President of the Turkish Republic of Northern Cyprus (TRNC) Rauf Raif Denktaş and the Leader of the Freedom Struggle of the Turkish Cypriot people Dr. Fazıl Küçük will be commemorated with the ceremonies.

Keywords:
Northern CyprusErsin TatarTurkish Republic Of Nthe Northern CyprusTurkish Republic Of Nthe
Your comment has been forwarded to the administrator for approval.×
Warning! Will constitute a criminal offense, illegal, threatening, offensive, insulting and swearing, derogatory, defamatory, vulgar, pornographic, indecent, personality rights, damaging or similar nature in the nature of all kinds of financial content, legal, criminal and administrative responsibility for the content of the sender member / members are belong.
Related News