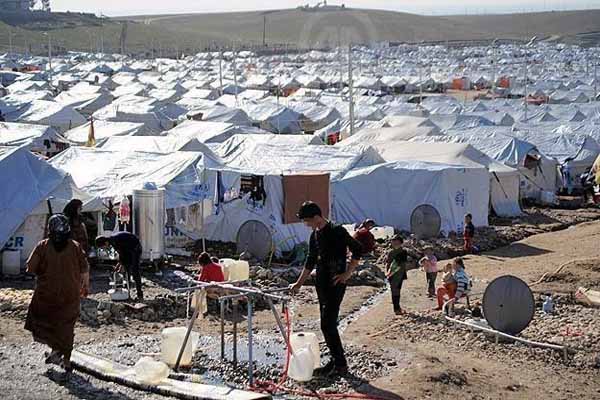 The UN Refugee Agency said on Friday that 6.5 million are also displaced within Syria and that refugees are vulnerable to hunger and indiscriminate killing.  The UN also noted that Syrians are finding it increasingly difficult to escape the country, often being forced to pay bribes at armed checkpoints. Refugees crossing into Jordan have been forced to pay $100 per person to smugglers. According the statement, Lebanon hosts 1.14 million refugees, while 815,000 are in Turkey and 608,000 are in Jordan. "More than four in five refugees are struggling to make a living in towns and cities outside of camps, with 38 per cent living in sub-standard shelter, according to a recent survey," the UN agency said. “The Syrian crisis has become the biggest humanitarian emergency of our era, yet the world is failing to meet the needs of refugees and the countries hosting them,” said Antonio Guterres, the UN High Commissioner for Refugees. “The response to the Syrian crisis has been generous, but the bitter truth is that it falls far short of what’s needed.” The refugee agency noted that a deteriorating security situation and difficulty in finding work has pushed up food and commodity prices, citing an example of a village in Idlib where costs increased ten-fold in the last year.

"Up to 15% in Jordan, are suffering from long term medical conditions such as diabetes, heart disease and cancer," the refugee agency noted.

Donor have contributed more than 4 billion to the UN refugee agency since 2012 but it said that 2 billion more in 2014 alone, simply to meet the needs of refugees.