Syrian government said no agenda had been agreed for peace talks in Geneva. 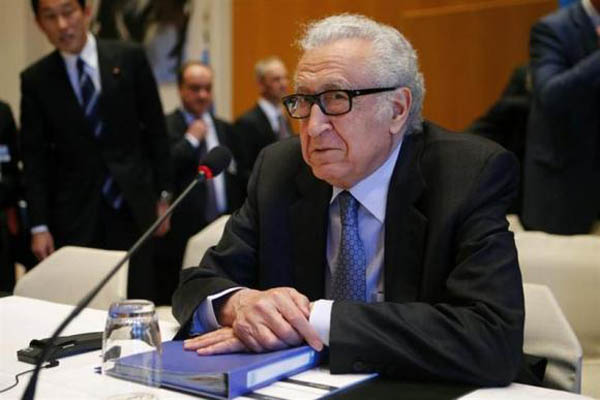 "Another lost day because the representatives of the coalition insisted that terrorism in Syria does not exist and did not want to discuss it," said Deputy Foreign Minister Faisal Mekdad after a meeting with international mediator Lakhdar Brahimi on the second day of talks.

"This should be the priority for any Syrian ... After that we are ready to discuss anything."

International mediator Lakhdar Brahimi said  that peace talks between the Syrian government and opposition are not making much progress.

"The beginning of this week is as laborious as it was in the first week. We are not making much progress," he told a news conference in Geneva after a joint meeting of the two sides. "Of course for it to really take off we need cooperation from both sides here and a lot of support from the outside."

Brahimi, who meets senior Russian and U.S. officials in Geneva on Friday, said he planned to report to U.N. Secretary General Ban Ki-moon and the Security Council within the next few weeks.