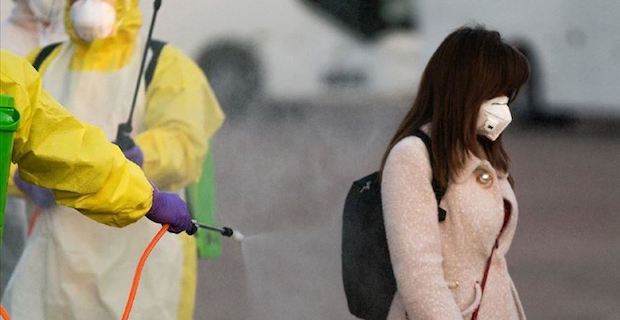 Two schools in the French Alps remained closed Monday as five new cases of the coronavirus were reported last week at a ski resort. Agnes Buzyn, the French minister of health, reported that five British nationals staying together in a chalet caught the virus after having been in close contact with another British national who had journeyed to the Alpine town after a business trip in Singapore.

He had tested positive for the virus upon his return to Britain.

The group of those reported ill includes a 9-year-old child who lives in the town of Contamines and attends two different schools. Both schools have been closed and students are being monitored for signs of the illness.

Local officials report that the five infected nationals along with six other British nationals who were in close contact with them are being kept at hospitals in Lyon.

Dr. Anne-Sophie Ronnaux Baron of the Regional Health Agency said in a statement: "It's important during this period that people avoid contact with others to avoid the possible transmission."

The town, near Mont Blanc, is one of the most popular ski destinations, and far from the major metropolises where the coronavirus has played itself out.

The virus remains a major concern on the world stage since its outbreak in Wuhan, China.

According to the World Health Organization (WHO), the virus has caused 910 deaths and infected 40,484 people across 25 countries. France has reported 11 cases of the virus but no fatalities.

The WHO has already declared the coronavirus a global health emergency and will convene a global research and innovation forum of world scientists in Geneva on February 11-12 in response to the epidemic.

Keywords:
CoronavirusCoronavirus OutbreakFrench Alps
Your comment has been forwarded to the administrator for approval.×
Warning! Will constitute a criminal offense, illegal, threatening, offensive, insulting and swearing, derogatory, defamatory, vulgar, pornographic, indecent, personality rights, damaging or similar nature in the nature of all kinds of financial content, legal, criminal and administrative responsibility for the content of the sender member / members are belong.
Related News