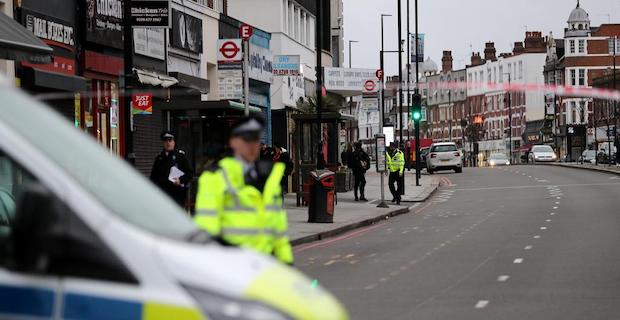 British police on Thursday evacuated a school in North London after “a bomb threat.” Videos and photos emerged on social media accounts as students and teachers were ordered to leave the Stoke Newington School in Hackney. Police were contacted by staff shortly before midday, according to a statement by Hackney Police.

“The school had received a bomb threat,” the statement said.

“The school was evacuated and officers are in attendance. Cordon are in place whilst police investigate.”

In a later statement, police said they “have carried out a thorough search of the school and nothing suspicious was found.”  Cordons have been lifted and staff have been allowed to return, the statement said, adding inquiries continued.

Keywords:
PoliceLondon SchoolBomb ThreatStoke NewingtonSchool
Your comment has been forwarded to the administrator for approval.×
Warning! Will constitute a criminal offense, illegal, threatening, offensive, insulting and swearing, derogatory, defamatory, vulgar, pornographic, indecent, personality rights, damaging or similar nature in the nature of all kinds of financial content, legal, criminal and administrative responsibility for the content of the sender member / members are belong.
Related News