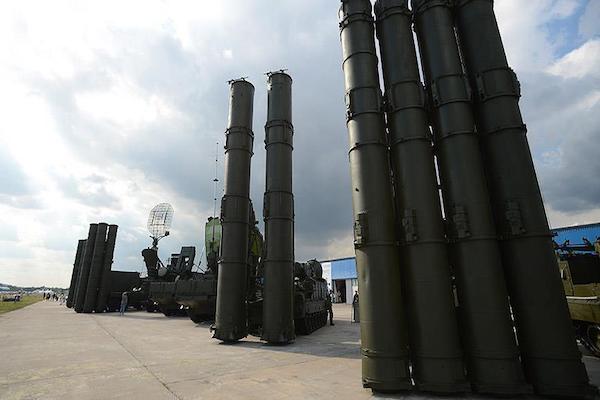 AvrupaLondon - Russia and Saudi Arabia have signed an agreement on the purchase of Russia’s S-400 missile system, a defense cooperation official said Monday.Maria Vorobyeva, spokeswoman for the Federal Service for Military-Technical Cooperation, told the RIA Novosti news agency that a deal on the air defense system had been agreed with Riyadh.The memorandum of understanding also included the sale of Kornet-EM anti-tank missile, TOS-1A flamethrowers, AGS-30 grenade launchers and Kalashnikov AK-103 assault rifles.The Rosoboronexport state arms exporter signed a contract for the licensed production of AK-103 assault rifles and ammunition in Saudi Arabia, Vorobyeva added.Turkey recently agreed to purchase the S-400 system from Russia amid NATO concerns over the deal.The S-400 is Russia’s most advanced long-range anti-aircraft missile system and can carry three types of missiles capable of destroying targets including ballistic and cruise missiles.It can track and engage up to 300 targets at the same time and has an altitude ceiling of 27 kilometers (17 miles).Saudi Arabia has also agreed to buy the U.S.’s THAAD (Terminal High Altitude Area Defense) missile system, according to the RT news website on Saturday.