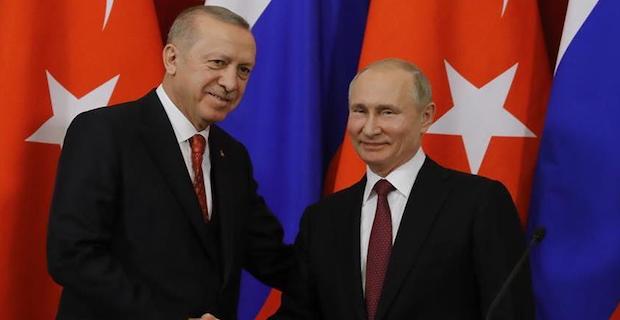 The event is planned on April 8 at Russia's Bolshoi Theatre, he said, speaking at the Yunus Emre Institute in Moscow.

"The event will be attended by leaders of the two countries, Russia and Turkey. According to the information that we have received, the case will be exactly as I said, but, of course, it will be officially announced not by us, but by authorized persons," he added.

An opera titled Troy, based on the Greek epic, will be performed by Turkish singers.

2019 was announced a cross-year of Russian-Turkish culture in the two countries.

Keywords:
Russian President Vladimir PutinRecep Tayip Erdogan
Your comment has been forwarded to the administrator for approval.×
Warning! Will constitute a criminal offense, illegal, threatening, offensive, insulting and swearing, derogatory, defamatory, vulgar, pornographic, indecent, personality rights, damaging or similar nature in the nature of all kinds of financial content, legal, criminal and administrative responsibility for the content of the sender member / members are belong.
Related News