US operates on principle of ‘the worse, the better’, Deputy Foreign Minister Ryabkov 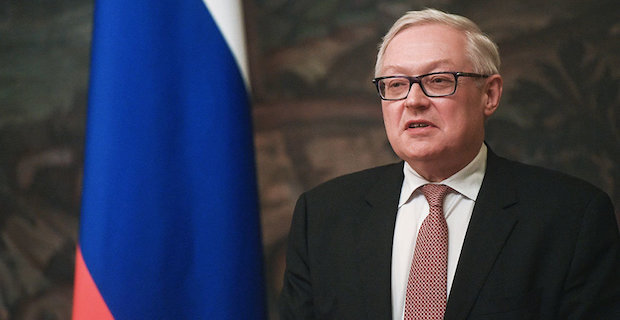 "We oppose the stubborn, blinkered and aggressive approach of the Americans to solve bilateral and international problems with a calm, methodical work on a constructive agenda,” he said. “We responded and will respond so the sanctions in a manner that will not harm our own interests.”

In a separate announcement, the U.S. said it blacklisted two individuals - Marina Tsareva and Anton Nagibin, as well as the two companies, Divetechnoservices and Slovakia-based Lacno S.R.O., for working on behalf of a company the U.S. sanctioned in June for seeking to provide the Russian government with underwater equipment and diving systems.

Keywords:
Sergei RyabkovRussian Deputy Foreign Minister Sergei RyabkovRussian Foreign Ministry
Your comment has been forwarded to the administrator for approval.×
Warning! Will constitute a criminal offense, illegal, threatening, offensive, insulting and swearing, derogatory, defamatory, vulgar, pornographic, indecent, personality rights, damaging or similar nature in the nature of all kinds of financial content, legal, criminal and administrative responsibility for the content of the sender member / members are belong.
Related News