In meeting with US secretary of state, Russia's top diplomat says new contacts possible after US response 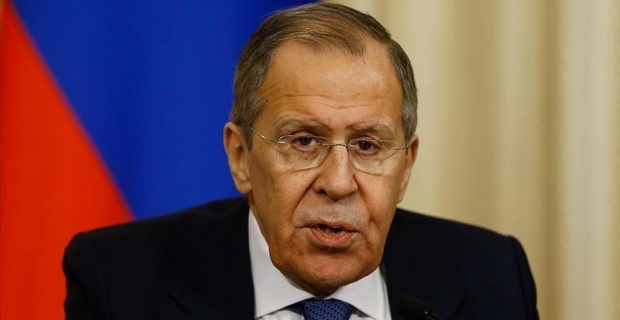 Russia expects a written response next week from the US on Moscow's recent security proposals that it submitted amid tensions with the West, Foreign Minister Sergey Lavrov said on Friday.

Speaking at a news conference in Geneva following a meeting with US Secretary of State Antony Blinken, Lavrov said these were "interim" talks, with the US wanting to elaborate on various points in the Russian position.

He also reiterated Russia's demand for NATO not to expand further, Lavrov said after the meeting in which the sides summarized their positions following a series of talks between Moscow on one side, and Washington, NATO, and the Organization for Security and Cooperation in Europe (OSCE) on the other.

"NATO works against Russia," he said, adding that this was why Moscow opposes the alliance's expansion.

According to the minister, Blinken sought to put the situation in Ukraine at the forefront of negotiations, but in the end "realized it is necessary to focus on Russia’s proposals."

Russia agrees that a Ukrainian settlement demands "close attention" but it is not a cornerstone of all European security, he noted.

Lavrov also said he refuted accusations of Russia preparing to invade Ukraine, adding that Moscow had never voiced any threats to Kyiv.

He said that he urged Blinken to pressure Kyiv to implement the Minsk Protocol, insisting that this would be key to a settlement on Ukraine.

The top Russian diplomat also said Washington considers Ukraine as being within its zone of influence while denying Russia the right to have any zones of influence at all.

Once Russia has received a written response to its proposals from the US, the two countries plan to organize fresh contacts between the heads of their respective diplomatic services, he added.

A presidential meeting may also take place, but it must be well-prepared, he stressed.

Lavrov said Moscow wants to publish the US response, and that he would ask Blinken whether the US had any reservations on this.

He added that the US did not raise the issue of a possible deployment of Russian arms in Venezuela and Cuba in response to US actions.

Lavrov refused to "speculate" on a possible recognition of self-proclaimed Donetsk and Luhansk People's Republics, located in eastern Ukraine, saying the two regions had abandoned their desire to separate from Ukraine when they signed the Minsk Protocol.

Last December, Russia demanded Washington provide a written response to its proposed security guarantees that NATO not admit Ukraine and a zone free of the alliance's military presence be established.

Keywords:
USRussiaSergey Lavrov
Your comment has been forwarded to the administrator for approval.×
Warning! Will constitute a criminal offense, illegal, threatening, offensive, insulting and swearing, derogatory, defamatory, vulgar, pornographic, indecent, personality rights, damaging or similar nature in the nature of all kinds of financial content, legal, criminal and administrative responsibility for the content of the sender member / members are belong.
Related News