Constitutional Court amendment must be approved in April 22 referendum 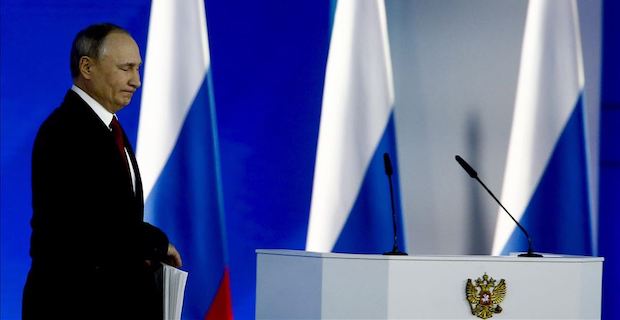 Russia’s Constitutional Court found legal Monday an amendment to the country's Constitution that allows the acting head of state to again run for the presidential, legal. The Constitution currently prohibits a sitting president more than two consecutive terms, but the ruling paves the way for Vladimir Putin, who is at the two-term limit, would be allowed to take part in presidential elections in 2024.

On March 10, Valentina Tereshkova, the first woman in space and a member of parliament, suggested lifting the restriction and found support from the parliament and Putin.

The court of 14 judges ruled the amendment "possible" since "the constitutional principle of democracy implies that the people can exercise the right to elect the person they consider most worthy in free elections" and "the fact that a person has the status of acting head of state does not prejudge victory in elections."

The amendment must be approved in a referendum scheduled for April 22.

Keywords:
RussiaPutin
Your comment has been forwarded to the administrator for approval.×
Warning! Will constitute a criminal offense, illegal, threatening, offensive, insulting and swearing, derogatory, defamatory, vulgar, pornographic, indecent, personality rights, damaging or similar nature in the nature of all kinds of financial content, legal, criminal and administrative responsibility for the content of the sender member / members are belong.
Related News