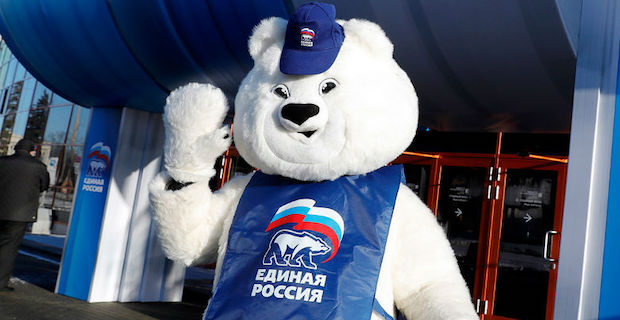 The party lost nearly a third of the seats in the 45-member parliament, but remains on course to retain its majority with about 26 seats. With most opposition candidates disqualified, the Communists, independents and others gained seats. The exclusion of the opposition candidates triggered mass protests. Thousands of people have been detained, and riot police have been accused of a brutal crackdown on demonstrators.

With nearly all the results in, the United Russia is predicted to get 26 seats in the city parliament (Mosgorduma). The party's brand has become so toxic lately that all its members ran as independents, the BBC's Sarah Rainsford in Moscow reports. In a major upset, the party's leader in the Russian capital, Andrei Metelsky, was not re-elected. The Communist Party is expected to get 13 seats, while the liberal Yabloko party and left-leaning Just Russia will each have three seats.

Opposition leader Alexei Navalny promoted a strategy of "smart voting" after his own allies were all barred from running in this election.

Mr Navalny's team outed what they called "undercover" United Russia candidates, and campaigned for those best placed to defeat them. He described the result as "fantastic".

Turnout in Sunday's election was about 22%.

Keywords:
Moscow ElectionRussias Ruling United Russia
Your comment has been forwarded to the administrator for approval.×
Warning! Will constitute a criminal offense, illegal, threatening, offensive, insulting and swearing, derogatory, defamatory, vulgar, pornographic, indecent, personality rights, damaging or similar nature in the nature of all kinds of financial content, legal, criminal and administrative responsibility for the content of the sender member / members are belong.
Related News