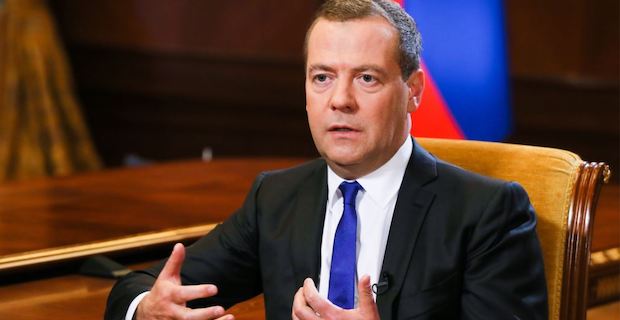 According to a government statement, the decision is made "to counter Ukraine’s unfriendly actions towards Russian citizens and legal entities.”

Ukrainian defense companies Ukroboronprom and Ukrspetsexport, as well as energy company Tsentrenergo and the State Export-Import Bank of Ukraine, are among the companies included in the sanction list.

In addition, Ukraine's first deputy interior minister and several lawmakers are also included in the list.

Special economic measures include the blocking (freezing) of the sanctioned ones’ bank accounts, uncertificated securities and property in Russia and a ban on the transfer of money from Russia.

The sanction list currently comprises of 567 individuals and 75 entities.

Turkey, as well as the UN General Assembly, view the annexation as illegal.

Keywords:
Russian Prime Minister Dmitry MedvedevDmitry MedvedevRussian Prime Minister
Your comment has been forwarded to the administrator for approval.×
Warning! Will constitute a criminal offense, illegal, threatening, offensive, insulting and swearing, derogatory, defamatory, vulgar, pornographic, indecent, personality rights, damaging or similar nature in the nature of all kinds of financial content, legal, criminal and administrative responsibility for the content of the sender member / members are belong.
Related News