Russia announces end of nuclear pact with US 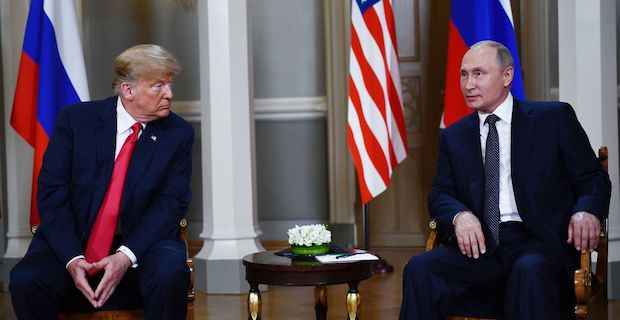 Russia on Friday announced the termination of a landmark nuclear arms control treaty with the U.S. The moves comes hours after the U.S. formally withdrew from the Intermediate-range Nuclear Forces (INF) treaty raising fears over the start of a potential arms race.

"On August 2, 2019, at the initiative of the American side, the Treaty between the Union of Soviet Socialist Republics and the United States of America on the elimination of their intermediate-range and short-range missiles, signed in Washington on December 8, 1987, was terminated," the Russian Foreign Ministry said in a statement.

The INF treaty has been widely seen as a cornerstone of European security in the post-Cold War era after the U.S. and Russia signed it in 1987. It prohibits both countries from possessing and testing ground launch missiles with a range between 300-3,100 miles.

In October 2018, U.S. President Donald Trump announced an exit from the pact, accusing Moscow of violating it.

This February, the U.S. began the process of withdrawing from the INF Treaty to be completed in six months.

In a tit-for-tat response, Russian President Vladimir Putin signed a bill suspending Moscow's obligations under the INF treaty on July 3.

Keywords:
Nuclear Pact
Your comment has been forwarded to the administrator for approval.×
Warning! Will constitute a criminal offense, illegal, threatening, offensive, insulting and swearing, derogatory, defamatory, vulgar, pornographic, indecent, personality rights, damaging or similar nature in the nature of all kinds of financial content, legal, criminal and administrative responsibility for the content of the sender member / members are belong.
Related News