Rescuers do not expect to find anyone else alive in the west London block of flats which was engulfed by a massive fire, the fire service says. 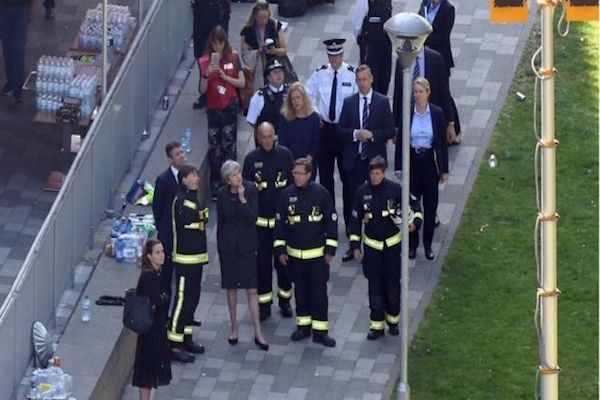 People have been desperately seeking news of missing family and friends, after 12 people were confirmed dead. The Queen has said her "thoughts and prayers" are with families. More than 30 people remain in hospital - 17 of whom are in a critical condition. Prime Minister Theresa May, who is visiting the scene, has promised a full investigation, as questions are asked about the speed at which the fire spread. Firefighters were called to the 24-storey residential tower at 00:54 BST on Wednesday, at a time when hundreds of people were inside, most of them sleeping. Many were woken by neighbours, or shouts from below, and fled the building. Fire crews rescued 65 adults and children, but some stayed in their homes, trapped by smoke and flames.