Recep Tayyip Erdogan is to visit the UK next week 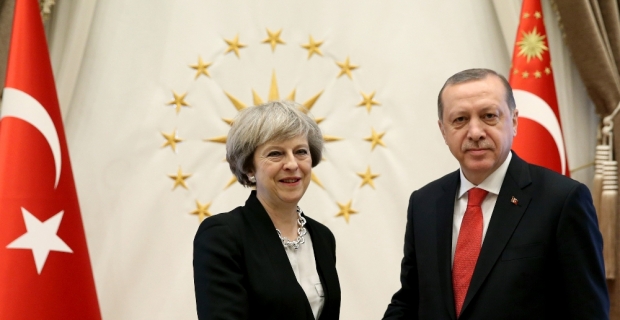 Number 10 said his trip would be an opportunity for Britain and Turkey to demonstrate their “close relationship”.

Mr Erdogan will also meet the Queen on the three-day trip.

Ms May met the Turkish premier in Ankara on a one-day visit in January last year, when they agreed a £100m defence deal that helped develop fighter jets for the Turkish air force.

Mr Erdogan is accused of waging a brutal campaign of repression against perceived opponents in the press, academia and judiciary following an unsuccessful coup in 2016.

The visit to the UK by the Turkish leader, who has dominated the country’s politics for more than 15 years, comes at a time when he is seeking to extend his rule for another five years.

Keywords:
Recep Tayyip ErdoganTheresa May  Erdogan
Your comment has been forwarded to the administrator for approval.×
Warning! Will constitute a criminal offense, illegal, threatening, offensive, insulting and swearing, derogatory, defamatory, vulgar, pornographic, indecent, personality rights, damaging or similar nature in the nature of all kinds of financial content, legal, criminal and administrative responsibility for the content of the sender member / members are belong.
Related News