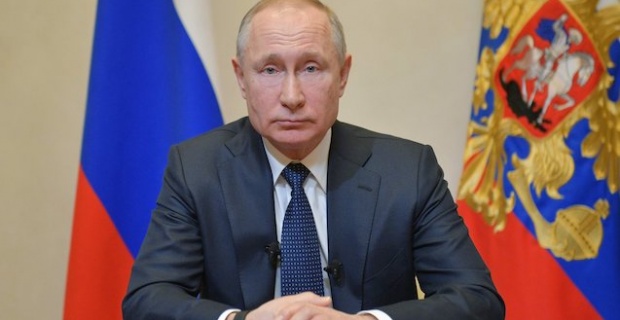 Russian President Vladimr Putin announced Wednesday a national week off to slow the spread of the coronavirus. "Now it is extremely important to prevent the threat of the rapid spread of the disease. Therefore, I declare next week non-working with the preservation of wages. The weekend will run from Saturday 28 March to Sunday 5 April,” Putin said in an address on national television.

He also said an April 22 vote on constitutional amendments will be postponed.

"You know how seriously I take this, but the absolute priority for us is the health, life and safety of people, so I think that the vote should be postponed to a later date. We will assess the situation in the regions and in the country, and only based on professional opinion, recommendations of doctors and specialists, we will make a decision on a new voting day," he said.

Authorities announced 163 new COVID-19 cases in Russia in the last 24 hours, bringing the figure to 658 across 55 regions.

Twenty-nine people have recovered and were discharged from hospitals since the beginning of the pandemic.

After emerging in Wuhan, China last December, the virus has spread to at least 172 countries and regions.

Out of more than 438,000 confirmed cases globally, the death toll now nears 20,000, while more than 111,000 have recovered, according to data compiled by the U.S.-based Johns Hopkins University.

Keywords:
PutinCoronavirus
Your comment has been forwarded to the administrator for approval.×
Warning! Will constitute a criminal offense, illegal, threatening, offensive, insulting and swearing, derogatory, defamatory, vulgar, pornographic, indecent, personality rights, damaging or similar nature in the nature of all kinds of financial content, legal, criminal and administrative responsibility for the content of the sender member / members are belong.
Related News