The 90th anniversary of the birth of the people's writer, political leader and public figure of Kazakhstan Sherkhan Murtaza was held at the University. 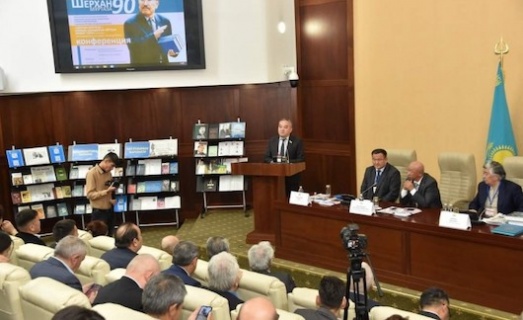 “New Kazakhstan and the idea of fair society in the creativity of Sherkhan Murtaza” dedicated to the 90th anniversary of the birth of the people's writer, political leader and public figure of Kazakhstan Sherkhan Murtaza was held at the University. The moderator was the Rector of S. Farabi KazNU Zhanseit Tuimebayev. The meeting brought together representatives of scientific circles, state and public figures, professors and teachers of various universities, representatives of the creative community of the country. Deputy of the Majilis of the Parliament of Kazakhstan Darkhan Mynbay, Deputy Chairman of the National Kurultai Bibigul Zexenbay, deputy of the Majilis of the Parliament of the Republic of Kazakhstan Zhanarbek Ashimzhan spoke. The Chairman of the Senate of the Parliament of Kazakhstan Maulen Ashimbayev, Mayor of Almaty Yerbolat Dossayev addressed greetings to the conference participants. The participants talked about the huge contribution of Sherkhan Murtaza to the development of literature and journalism, and discussed the impact of his literary heritage on the spiritual and moral education of youth. Also during the event, the opening ceremony and presentation of the audience named after Sherkhan Murtaza took place at the Faculty of Journalism of Al-Farabi Kazakh National University. A training laboratory equipped with modern technology is presented, which will give a lot of information about the life and work of an outstanding political leader, people's writer and journalist. 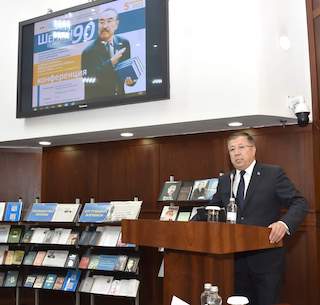 The ceremonial event dedicated to the opening of the audience was attended by the poet, laureate of the State Prize Nurlan Orazalin, deputies of the Majilis of the Parliament of Kazakhstan Darkhan Mynbai and Zhanabek Ashimzhan, the writer, chief editor of the newspaper «Ana Tilli» Kali Sarsenbai, Director of LLP «Kazak gazeteeri» Shamshiddin Pattev, the top-management of Al-Farabi KazNU, journalists, scientists, teachers and students.

“Today I am very glad and proud that the audience of the name Sherkhan Murtaza opens, the contribution and merit of which we will never forget. He has raised many generations of journalists in Kazakhstan. In addition, in the new audience there is a special creative atmosphere that I think will inspire our future journalists. We wish success and prosperity to the students and the entire staff of the university”, - said Nurlan Orazalin. According to the website of Al-Farabi KazNU, in turn, Majilis deputy Darkhan Mynbay also congratulated everyone on the opening of the audience named after Sherkhan Murtaza and gave a handmade carpet. 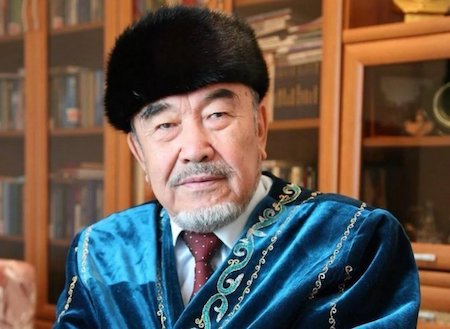 Sherkhan Murtaza is one of the brightest personalities of the 21st century. He devoted his life to the development of national culture and literature, left a rich spiritual heritage to the next generation. Sherkhan Murtaza was elected a deputy of the Supreme Council and the Majilis of the Parliament of the Republic of Kazakhstan, was the chief editor of the republican newspapers “Kazak Adebethi”, “Socialist Kazakstan”, charman of the State Committee on Television and Radio Broadcasting, laureate of the State Prize of Kazakhstan, honorary citizen of Zhambyl region. In addition, Sherkhan Murtaza - folk writer of Kazakhstan, author of novels, novels, plays, stories. His poems belong to the novels “Kara Marzhan”, “Kyzyl Zhebe”, the famous plays (“Stalin’s letter”) and “Letter Five”, the novels “Tabylgan Anan Tehniz”, “Bultsyz Naizay”, “Belisiz soldattyn balasy”, “Myltyksyz maidan”. Works of the outstanding Kazakh writer have been translated into many languages of the world.

Keywords:
KazakhstanSherkhan MurtazaFarabi KazNUZhanseit Tuimebayev.Darkhan MynbayAlFarabi Kazakh National UniversityAikerim Alimzhanova
Your comment has been forwarded to the administrator for approval.×
Warning! Will constitute a criminal offense, illegal, threatening, offensive, insulting and swearing, derogatory, defamatory, vulgar, pornographic, indecent, personality rights, damaging or similar nature in the nature of all kinds of financial content, legal, criminal and administrative responsibility for the content of the sender member / members are belong.
Related News